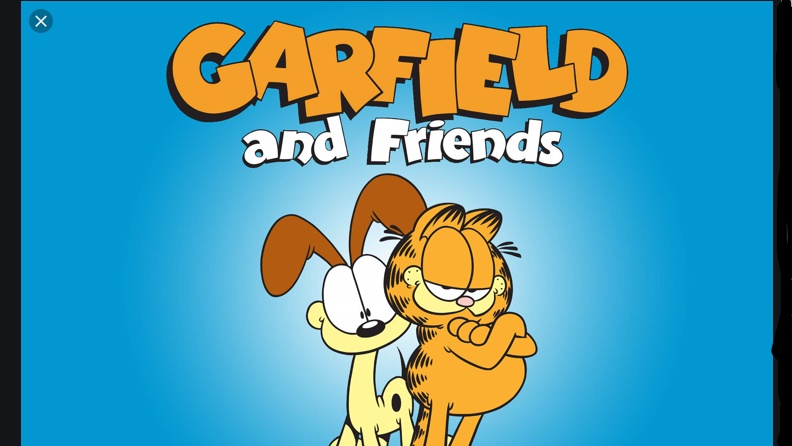 Due to the fact that it has stayed away from making social commentary or shoving leftist propaganda down the throats of its readers (i.e. the adult comic Doonesbury), it became one of the world’s most popular and beloved comic strips, especially among children. Its popularity even rivals that of Peanuts, which ended in 2000 – but is still in reruns in some newspapers.

Davis took advantage of the strip’s popularity by founding his own company in 1981, Paws, Inc., and letting the lasagna-loving cat star in several ventures over the years including two feature films – both of which now owned by Disney, two half-hour TV shows (Garfield & Friends and The Garfield Show), and his very own product line.

And now Mr. Davis has decided to sell his Garfield empire. And according to The Wall Street Journal, the deal is to include more TV shows and spinoffs featuring the character. It makes good business sense, and it helps when your comic strip is so universally loved. In an interview with the youth-oriented Complex magazine, Davis said it perfectly:

The worse the times, the more popular comics are because we lighten it up a little bit. So that drives me. Going for that perfect gag drives me, too. One of these days I’m going to write something that makes the whole world laugh.

And that’s exactly what he did. He has definitely brought a lot of joy to both kids and adults alike with his work. And the world definitely needs Garfield now more than ever in these socially and politically uncertain times.

But here’s what’s confusing. Davis sold Paws and Garfield to, wait for it… Nickelodeon – the far-left tween channel owned by the equally progressive Viacom, which not only inserts blatant propaganda promoting gun control on the Kids’ Choice Awards and SJW storylines in newer shows and revivals of past favorites, but also recently allowed the rap group Migos to perform censored versions of the explicit garbage they call music on the KCAs as well.

NewsBusters recently noted the reboot of the Nineties Nickelodeon cartoon Rocko's Modern Life "will feature a story arc with a transgender character named Rachel Bighead, according to an exclusive Entertainment Weekly report. Rachel dons a pearl necklace, a colorful dress, makeup, and long hair held together by a blue headband. The character also has a comically deep voice."

When you think about it, this is very stunning. The creator of a wholesome and apolitical comic strip selling it and the resulting franchise to a far-left institution putting out entertainment harmful to children, when there were equally apolitical and wholesome companies he could have sold Paws, Inc. to; Hallmark Cards would have been a perfect buyer for example, as they already did Garfield greeting cards for a time and remain a privately held family business.

Mr. Davis has made a mistake selling to Nickelodeon, where Garfield will possibly stick out like a sore thumb due to its wholesome nature (while other shows on the network are edgier in comparison).

I’m not against Jim Davis selling his creation to Nick (which will soon be a part of a re-merging of Viacom and original Garfield & Friends broadcaster CBS). That’s the free marketplace. But due to how political Nick has been lately, this is very disappointing; not to mention inconsistent with his vision and his brand’s appeal.

Davis will still continue to draw the strip for Nickelodeon, however, which does hold hope that the wholesome and politics-free content in the strip will remain intact. That being said, once again, compared to other franchises on the network that aren’t afraid to be identified with left-wing politics, there’s a pretty big chance Garfield, Odie, and the gang will stick out like a sore thumb.