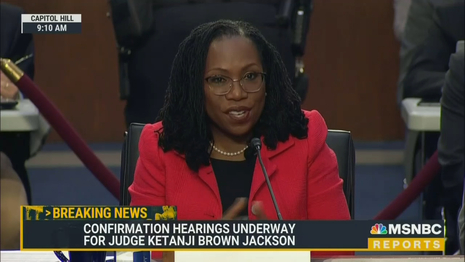 On Tuesday, Fox News Digital senior editor David Rutz and media reporter Joseph A. Wulfsohn reported on the stunning double standard the leftist media have displayed when it comes to Supreme Court nominations under Republican versus Democratic administrations: “Members of the legacy media have offered vastly different coverage between the ongoing Supreme Court confirmation of Judge Ketanji Brown Jackson and the 2020 confirmation of Justice Amy Coney Barrett.”

“After President Biden announced he was appointing Jackson to replace retiring Associate Justice Stephen Breyer, The New York Times editorial board called it a ‘cause for celebration,’” Rutz and Wulfsohn noted. They then pointed out: “As for Barrett, the board lamented her ‘deeply conservative’ views and that she had been ‘anointed’ by the conservative Federalist Society.” In addition, a video montage was included laying bare the partisan hypocrisy in television news outlets regarding the two nominations as well.