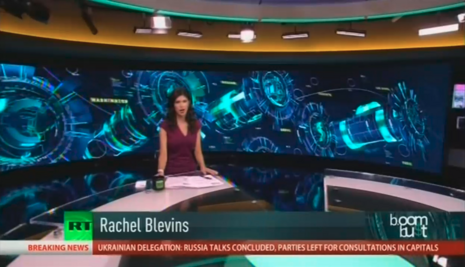 On Monday, TheBlaze writer Carlos Garcia reported: “A media reporter who works for Russian state-owned media angrily denounced Twitter for adding a label proclaiming the affiliation to her tweets, and she saw swift backlash online.” He proceeded to highlight how the host was dragged on the social media platform for complaining about the accurate label.

“Rachel Blevins is a co-host for the financial new show ‘Boom Bust,’ which is a subsidiary by Russia Today, a media company openly owned and run by the Russian government, but she denounced the injustice of being labeled accurately by Twitter on Monday,” Garcia explained. He noted: “Blevins later deleted the tweet after she was excoriated by many on social media platforms for the suggestion that she was being treated unfairly, but screenshots were widely circulated.”

Read the full article at TheBlaze.