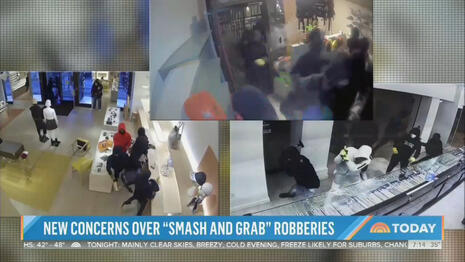 On Monday, CNSNews Blog Editor Craig Bannister reported on the National Fraternal Order of Police hammering the leftist media via Twitter for not covering the crime wave sweeping the nation: “Those saying that America's #CrimeCrisis is not out of control are either not paying attention or trying to cover for the rogue prosecutors pushing radical policies,” the National Fraternal Order of Police (FOB) tweeted on Monday.”

The police union’s social media post went on to demand: “To the various media folks who’ve been turning a blind eye to the killings in our streets: do your damn job!” In another tweet, the group emphasized: “Despite what you may hear from some talking heads, America's #CrimeCrisis is out of control…thanks to Rogue Prosecutors, Activist Judges and #BailReform.”