Editor’s Pick: TheBlaze on NYT Discovering Dems 'Are the Problem' 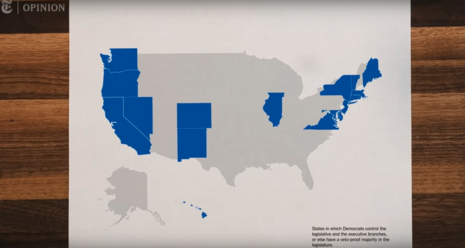 On Thursday, Phil Shiver of TheBlaze reported on how “A pair of New York Times journalists who recently set out to explore what happens when Democrats control all the levels of power in state and local governments across the country were shocked to discover that ‘blue states’ — not red ones — ‘are the problem.’”

As the TheBlaze notes, Times’ video journalist Johnny Harris and editorial board writer Binyamin Appelbaum investigated “why famously liberal states — such as New York, California, and Washington — struggle to advance the progressive policies despite little to no Republican opposition.” Their ultimate conclusion was “that ‘liberal hypocrisy,’ not Republican opposition, ‘is fueling American inequality’ and that things are actually much worse in blue states than they are in red.”

Read the full article on TheBlaze.