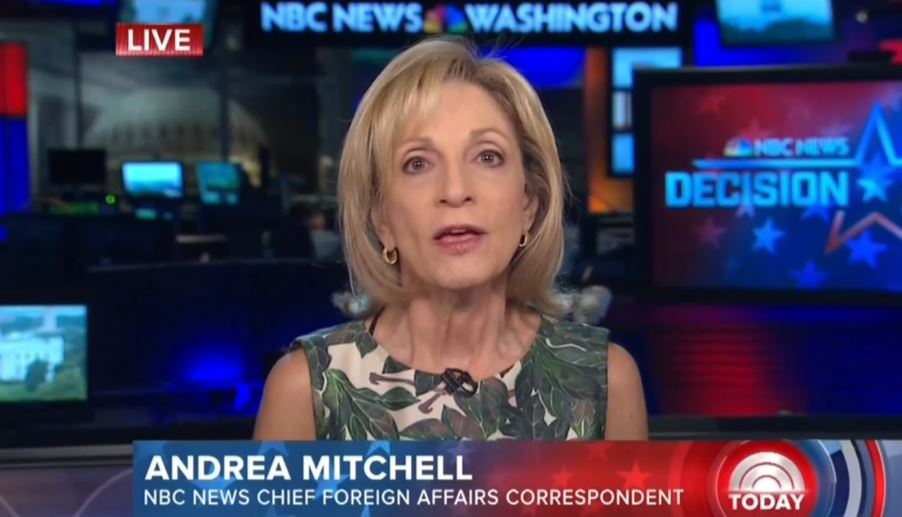 Reacting to NBC’s Andrea Mitchell claiming on Thursday that her 1999 rape accusation against Bill Clinton was “discredited,” Juanita Broaddrick blasted the reporter: “Andrea is obviously mad at me for exposing her rudeness and bias when she called me this year. I think being a lapdog for Hillary Clinton discredits Andrea Mitchell and NBC as journalists!”

In a World Net Daily interview on Wednesday, Broaddrick described a recent phone call in which Mitchell “told Juanita condescendingly, ‘We’re not going to air anything with you because you have nothing new to add.’”

Broaddrick called out the network for contradicting its own reporting:

Nothing has changed from the detailed investigation NBC did into my story in 1999 before airing my Dateline interview with Lisa Myers....And if NBC now thinks my experience has been ‘discredited,’ why would Andrea Mitchell call me to ask me for any new information about my encounter with Hillary after the assault? And why wouldn’t Andrea Mitchell have written her own news story explaining exactly how I’ve been discredited? Lisa Myers actually warned me about Andrea.