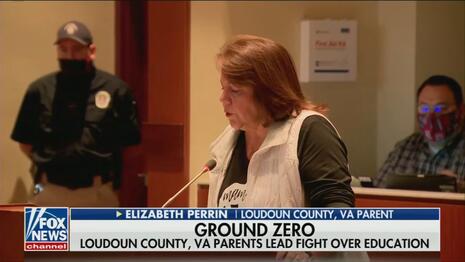 The left thinks they own your kids. Don't believe me? Well, take a look at this article in New York Magazine's Intelligencer. In the article titled "Household Tyrants," writer Sarah Jones begins by fear-mongering: "to empower parents, Florida Republicans would put children in danger."

Jones argues that Florida's pending Parental Rights in Education bill, which would "prevent public-school districts from 'encouraging classroom discussion about sexual orientation or gender identity,'” is some how a bad thing.

If you don't want your eleven-year-old child learning about transgender ideology and other sexually inappropriate terms and theories, then you are a tyrant and a bigot according to Jones.

She also wailed that a proposed amendment to the bill would allow the school to drag their feet in notifying parents about "a child’s disclosure about their gender identity or sexual orientation to parents within six weeks."

But something tells me that's not what she is outraged about. Jones apparently thinks teachers should be able to withhold information about your children from you.

Later on in the piece, Jones writes "the GOP’s position on parental rights isn’t entirely coherent. Any attempt to ban gender-confirming therapy for transgender children theoretically infringes on the rights of the parent."

What Jones doesn't understand is that parents don't have a right to abuse their children.

Young children aren't fully able to grasp the concept of what a man or a woman is (the bill deals with kids of elementary school-age). Parents shouldn't be allowed to chemically castrate their children or give them sex hormone injections (which is what "gender-confirming therapy" is). When the child turns eighteen and still wants to do that, then it's their prerogative as a legally recognized adult.

"The right insists that what’s good for parents is good for kids," Jones claims, "the idea that children are already people, with thoughts and needs independent of their parents, never factors into the party’s position at all."

Nobody doubts that children are people (except the left who wants to abort them), but the idea that a child's thoughts and needs should be taken seriously is absurd. If your child wanted to eat candy all day long, would you let them? Obviously not, because children do not know what is good for them. That's what parents are for, to look out for their child's wellbeing.

The article ends with this dystopian passage:

To the GOP, the parent exists to enforce the party’s will, as though the parent is simply the local arm of a national entity. Parents who fail to obey may find their powers restricted by the state. Authoritarianism is inconsistent in this way; rights granted to followers are not extended to dissenters. For the latter there exists only punishment, a fate that extends to their children. The GOP is the party of parental rights because it is increasingly anti-democratic. It has become the party of ruthless, cynical power, and children aren’t exempt from its schemes. In fact, they’re key.

The Republican Party is "anti-democratic" because it believes in parental rights? If that isn't an oxymoron I don't know what is. This is what the leftist media thinks of you. They hold parents who don't want to turn their kids over to the government in contempt.