UK Guardian: Charlie Gard Case Justified As 'Children Do Not Belong To Their Parents' 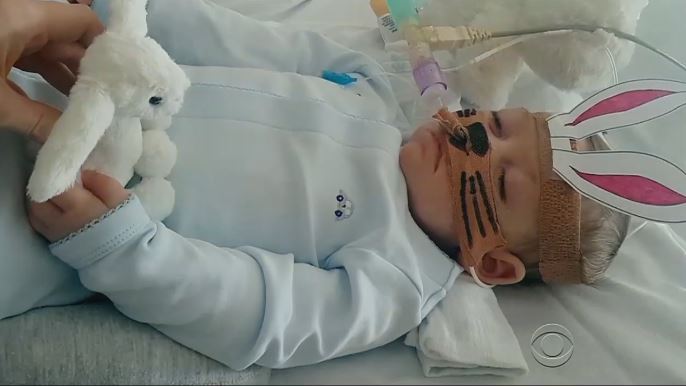 On Monday July 24, the parents of the terminally ill baby Charlie Gard released a statement that they would be withdrawing their petition to have their son treated. Citing the deterioration of Charlie’s condition and the loss of a "window of opportunity" they have instead opted to spend what little time they have left with their son. While many in the UK and across the world mourned the travesty and injustice of the court’s decision, others sought to justify the reasoning behind it. In a piece for The Guardian entitled “Despite Charlie Gard’s Tragic Story, We Must Respect The Process Of Our Courts,” UCL health professor, Ian Kennedy, expressed sympathy for the plight of Charlie, but ultimately justified it on the basis that “children do not belong to their parents.”

Citing a similarly difficult case involving the death of a young boy from New Zealand, Kennedy rationalized that in certain situations parents cannot be relied upon to act as “the ultimate arbiters of their children’s interests.” His words were as follows:

...As a society, we must choose how to decide such heartbreaking cases. Of course each child is different, but do we accept that there should be principles and rules, whatever the circumstances, that guide us as we try to work out what’s best? We can, of course, reject such a view and choose to go with the heart and emotions. But if we do, whose heart should prevail when there are conflicting views? Where there is conflict, how do you resolve it? Alternatively, we can reason our way through, cold as this may appear. We can accept the idea of principles and rules. And, if reason is to prevail, you need to analyse how to proceed.

Now, in giving effect to a child’s rights, the parents’ views as to their children’s interests should usually be respected. But parents cannot always be the ultimate arbiters of their children’s interests. If parents, for example, insist on subjecting their child to a particular diet that, in the view of others with acknowledged expertise in the subject, will cause the child harm, we do not stand by. We intervene to safeguard the child.

When such concerns arise, there has to be a mechanism to decide the circumstances in which parents’ views should not prevail. That mechanism has to be a trustworthy and independent source of authority, sometimes a local authority, but ultimately, as ever in a civic society, a court. The court’s sole concern must be, can only be, for the child and the child’s interests.

While many will no doubt consider Professor Kennedy’s words to be outrageous and alarming, they ought to be taken quite seriously. The fact is that his words represent a point of view within liberal and academic circles that is well-established and slowly becoming more mainstream. As a result, the possibility of a Charlie Gard incident happening in the U.S. is a reality that should actively be considered in the health care debate going forward. In fact, some on the left have already been pushing the idea that children do not belong to their parents, and that thinking otherwise is simply "right-wing rhetoric."