A BBC article published on Monday, in the wake of recent mass shootings, included a graphic that contained blatant lies about the fire rates of different types of firearms.

BBC later removed the graphic from the article, but they provided no editor’s note in the article and failed to announce the correction on Twitter. 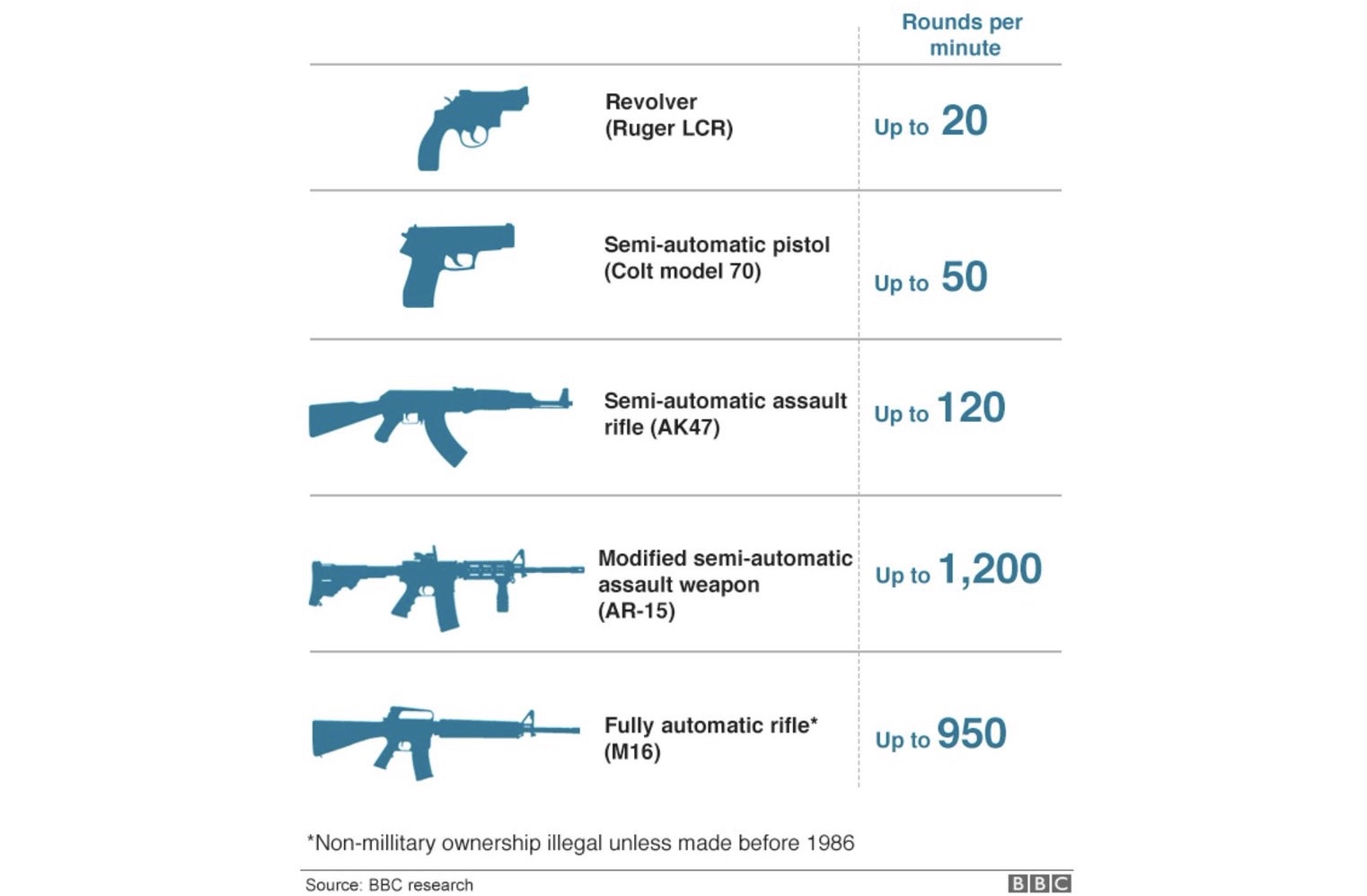 A PolitiFact fact check debunked a similar claim in 2016 after the Orlando shooting when Democrat Alan Grayson said an AR-15 could fire 700 rounds per minute. PolitiFact found that “the 700-round-a-minute figure is only a theoretical benchmark, not something achievable in reality.” This is because the cyclic fire rate of these guns is around 700.

Essentially, they found that, in a perfect world with infinite capacity magazines and without the gun overheating, that a 700-900 rounds a minute fire rate would be possible. This isn’t reality, and the BBC is trying to push that figure into the stratosphere.

The BBC researchers may have missed the mark by a monumental amount on the AR-15, but they gave a much more realistic, but still implausible, figure for a semi-automatic AK-47 with 120 rounds a minute. So, why lie about the AR-15? Who fact checked this research and who were the researchers they even employed in the first place? This is at best lazy and incompetent journalism, and at worst a malicious attempt to misinform the populace about the capability of firearms.

The article has a number of further oddities in it, citing odd figures for the prices of firearms, as well as claiming that the NRA is one of “the most powerful special interest lobby groups in the US” despite their lobbying efforts being dwarfed by organizations like Planned Parenthood.

The article may have been rife with falsehoods, obfuscation, a lack of transparency, and head-scratching statistics, but the BBC’s readers need to worry. They were sure to add a handy link to the end of the article on “why you can trust BBC News.”