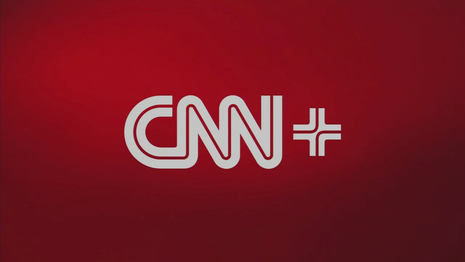 Not good. The headline in The New York Times this past week was this:

CNN+ Streaming Service Will Shut Down Weeks After Its Start
A major investment by CNN, which poached big-name anchors and threw a splashy launch party, ends abruptly at the hands of a new corporate leadership team.

The story began this way:

At sunset on the last Monday of March, CNN stars gathered for a gala on the 101st floor of a Midtown Manhattan skyscraper to celebrate the launch of CNN+, the streaming service that was supposed to take the network into the digital future.

Ethan Hawke, who directed a film for CNN+, mingled with Anderson Cooper and Carl Bernstein as guests nibbled on miniature lobster rolls and gawked at the dizzying views of the New York City skyline.

It took three weeks for CNN’s new owners to bring them down to earth.

In a move that stunned the media and tech worlds, Warner Bros. Discovery said on Thursday that it will abruptly shut down CNN+ on April 30. "While today’s decision is incredibly difficult, it is the right one for the long-term success of CNN," Chris Licht, the network’s incoming president, told staff.

That this crash of CNN+ has happened can be a surprise only if you are wrapped in the cocoon of unreality that is the liberal media. 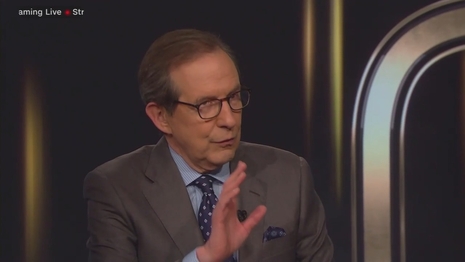 There can be no better example of that mindset than that exhibited by Chris Wallace, the CNN+ “get” who departed in a huff from Fox News. Why did Wallace leave Fox? This is what he said in an interview with the Times reporter Michael Grynbaum: “I just no longer felt comfortable with the programming at Fox.”

And why was that?

“I’m fine with opinion: conservative opinion, liberal opinion,” Mr. Wallace said in his first extensive interview about his decision to leave. “But when people start to question the truth — Who won the 2020 election? Was Jan. 6 an insurrection? — I found that unsustainable.”

First of all, it would seem obvious that in any given television network there are bound to be different opinions on the events of the moment. Having been a CNN contributor myself, of course there were people at CNN with whom I disagreed. But, as the French say, c’est la vie – that’s life.

The real problem here is that Wallace lives in the liberal media bubble – and to be on a network with others who not only do not live in that bubble but challenge the Left’s so-called “truths” finally was just to much. “Unsustainable” in Wallace’s words.

Read his words again. “But when people start to question the truth — Who won the 2020 election? Was Jan. 6 an insurrection? — I found that unsustainable.”

The fact that there are plenty of Americans who question Wallace’s “truth” – the results of the 2020 election – is not simply real world reality. The fact is that serious films, books and articles by serious people have emerged or are about to come out that exactly questions those results in detail.

Rather than blithely dismiss as “unsustainable” the issue of who won the 2020 election, a serious journalist with his own television show on CNN+ would invite, say, The Federalist’s editor Mollie Hemingway on his new CNN+ show and grill her about her book Rigged: How the Media, Big Tech, and the Democrats Seized Our Elections.

Mollie Hemingway is a journalist’s journalist. Her book is a decidedly serious, seriously detailed look at the 2020 election and the massive shenanigans that went on to, as her title proclaims, rig an election. Mollie should have been high on a Wallace list to talk to. It would have been great television! But no, instead he dismisses the argument about 2020 out of hand.

Ditto he should have invited Dave Bossie of Citizen’s United on his new show. Citizens United has released a new film – again a seriously detailed look at 2020 – titled Rigged: The Zuckerberg Funded Plot to Defeat Donald Trump.

The film is decidedly serious, with decidedly serious people appearing in it to discuss the elections. That would include former House Speaker Newt Gingrich, Texas Senator Ted Cruz, former Trump adviser Kellyanne Conway, Ohio’s former Secretary of State Ken Blackwell and many more. All there to discuss the role of Facebook zillionaire Mark Zuckerberg in 2020, essentially charging Zuckerberg with buying the election.

Now that would have made good television and streaming for CNN+ – a Wallace sit down with each of them – or even both together – to discuss or challenge their book and films.

But no go. Surely never even considered. Why? Doubtless because Wallace lives in that liberal media bubble and he has simply decided that any challenge to his own views on the election – his personal “truth” – is “unsustainable.”

In the end what crashed CNN+ is exactly what has crashed CNN itself. The network wandered off into liberal la-la land and crashed its own ratings. When I was there in 2016 and 2017 I was repeatedly told that my presence and that of Kayleigh McEnany were a big help to CNN ratings, which were doing great. Why? Because we had a great time challenging the liberal assumptions of our colleagues. Collectively it made for great television.

But in the end, dissent from the leftist world view was unacceptable to the far left organizations that demanded CNN conform to the rest of the liberal media bubble and get rid of us and other conservatives. The network did just that - and in the process damaged CNN itself. Which, now, in turn, has crashed CNN+ when it was only days into its launch.

The question now, as evidenced by the debacle of CNN+, is whether the CNN brand itself is so badly damaged that the network can no longer survive.

To borrow from Chris Wallace? The truth may well be that the far-left politics of CNN has in fact made not only CNN+ but CNN itself “unsustainable.”

Somewhere, now in his dotage, if he is aware at all of what has befallen his network, CNN founder Ted Turner -- who made a point of building CNN as the network where the only star was the news -- is shaking his head.