Is Hunter Biden’s Laptop Killing Twitter as We Know It? 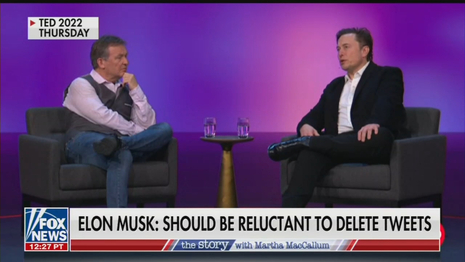 Who’da thunk? By now the story is famous – actually, make that infamous.

In October of 2020, as the Trump-Biden presidential race comes thundering down the closing weeks, The New York Post comes out with serious breaking news. The front page blaring headline, all in caps:

The story inside by ace Post reporters Emma Jo Morris and Gabrielle Fonrouge opened this way:

Hunter Biden introduced his father, then-Vice President Joe Biden, to a top executive at a Ukrainian energy firm less than a year before the elder Biden pressured government officials in Ukraine into firing a prosecutor who was investigating the company, according to emails obtained by The Post.

…The blockbuster correspondence — which flies in the face of Joe Biden’s claim that he’s “never spoken to my son about his overseas business dealings” — is contained in a massive trove of data recovered from a laptop computer.

…The computer was dropped off at a repair shop in Biden’s home state of Delaware in April 2019, according to the store’s owner.

And what happened next? Here’s a sample headline, this one from The Washington Examiner:

And there was this from The Western Journal:

And now? Here is but a sample from the latest round of Twitter news:

Elon Musk offers to buy Twitter for $43 billion, so it can be ‘transformed as private company’

And just why does the world’s richest man want to buy Twitter -- and how would he “transform” it?  He said this in a letter to Twitter Chairman Bret Taylor:

I invested in Twitter as I believe in its potential to be the platform for free speech around the globe, and I believe free speech is a societal imperative for a functioning democracy.

Which is to say, it can be reasonably assumed that had Elon Musk been running Twitter in October of 2020 he would never have blocked the transmission of the New York Post story on Hunter’s laptop because -- drumroll -- Musk believes that “free speech is a societal imperative for a functioning democracy.”

That mindset was further underlined on Friday when this news hit the wires, as here at The Washington Examiner:

Got that? The Twitter board would use a “poison pill” defense to kill the Musk bid to take the company. And why? For the very same reason that anonymous Twitter employee said he would want out of his Twitter job if Musk took over: because he would be forced to stop censoring conservative speech. And if there’s anything Twitter executives, board members and employees value more than earning money for employees and shareholders it would be silencing conservative speech.

Now that the Twitter board has revealed its “poison pill” strategy, one can see vividly that this effort to shut down conservative speech starts at the very top of Twitter – which is exactly why the site reflexively silenced the New York Post Hunter Biden laptop story.

And of course, the Post is not alone in the conservative world having these censorship problems. Currently The Babylon Bee - a satirical site, no less - plus Turning Point USA’s Charlie Kirk and Fox’s Tucker Carlson have been shut down on Twitter because they all referred to Biden HHS official Rachel Levine, born as Richard, as a male. Instead of debate and free expression, all three were shut down.

The irony here is that the major story that has propelled the seriously damaging image of Twitter as anti-free speech censors - the tale of Hunter Biden and his “laptop from hell” – may end up with Twitter being bought out by the pro-free speech Elon Musk – or, with a self-induced “poison pill” eventually bringing about the the destruction of the iron-fisted anti-conservative mindset that has become symbolic of Twitter’s far left arrogance of power.

Which leads to the obvious question. Has Hunter Biden and his laptop killed Twitter as the world knows it? Stay tuned.

Ya can’t make it up. Get the popcorn.