Pannell blamed President Trump for Turkey's invasion of northern Syria to take on the Kurds, claiming that Trump essentially gave Turkish President Recep Erdogan a green light for the attack. With the ink hardly dry on Trump's decision, Pannel is already denigrating it as sheer folly --

PANNELL: This of course will raise key questions about the future phase of the US mission inside Syria. The President has said that he believes that ISIS has been defeated but the reality on the ground is that the US forces together with the SDF (Syrian Democratic Forces) have been working together to try and defeat ISIS and that battle still goes on but is overtaken by events with Turkey now invading.

And this leads to the broader consequences, the unintended but predictable consequences of that decision to pull back US troops that then led to the Turkish invasion. We're seeing a number of events -- the ISIS brides have obviously left, we've seen ISIS prisoners flee their jails, the possibility of ISIS re-emerging, we've got hundreds of thousands of people now on the move, and the consequences to US foreign policy and its relationship and its status here in the Middle East is pretty disastrous.

Wow ... all that's missing is vintage footage of overburdened helicopters fleeing from the embassy roof. Isn't it a tad early to be labeling a decision just made as "pretty disastrous"? How about waiting days and even weeks before weighing in, you know, kinda like what happens when a Democrat is in the White House?

Once was the time that war correspondents presented just the facts on the ground, thank you very much, and kept their opinions to themselves. The shift from one approach to the other can be traced back to "Most Trusted Man in America" (and potential Dem VP candidate in 1972) Walter Cronkite pontificating from Vietnam during the Tet Offensive that all was lost and it was high time to bug out. 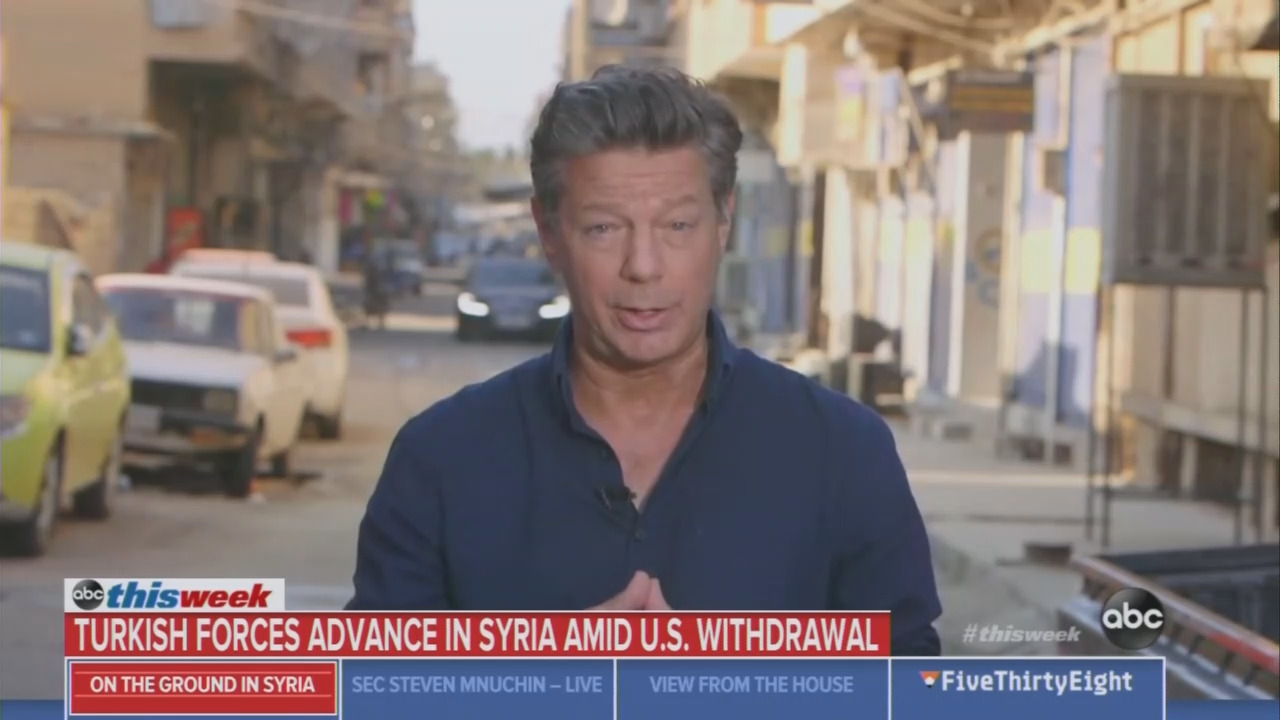 Pannell's rush to judgment is not surprising when one considers how miserly the media's been in giving Trump any credit when it comes to ISIS (and how quick to toss out unhinged conspiracy theories).

As MRC President Brent Bozell and NewsBusters Executive Editor Tim Graham point out in their most recent book, Unmasked: Big Media's War Against Trump, much of the media provided convenient cover for Trump predecessor Barack Obama and his Secretary of State Hillary Clinton as the ISIS caliphate emerged and expanded into an ominous, deadly threat. Yet once Trump took office and unleashed the American military, a decimated caliphate then shrinking precipitously, media outlets once so keenly interested in ISIS began looking the other way.

From Trump's inauguration to September 2018, Bozell and Graham write, "the three broadcast network evening newscasts offered more than 10,000 minutes of coverage on the Trump presidency. Winning the war against ISIS in Iraq and Syria only drew 33 minutes of attention -- a third of one percent of the Trump total."

Add this to the growing list of improbable Trump accomplishments -- he's gotten liberals and the media, but I repeat myself -- angry that a Republican president is pulling back our military in the Mideast. Yeah, never thought I'd live to see it either.

Just imagine the caterwauling from the left had Trump done the opposite, if he sent more troops to Syria instead. Can there be any doubt we'd be hearing the phrase "wag the dog" repeated ad nauseam in response to Trump's obvious attempt to divert attention from the Democrats' impeachment inquiry?