1. The Media’s Most Outrageous Olympic Outbursts 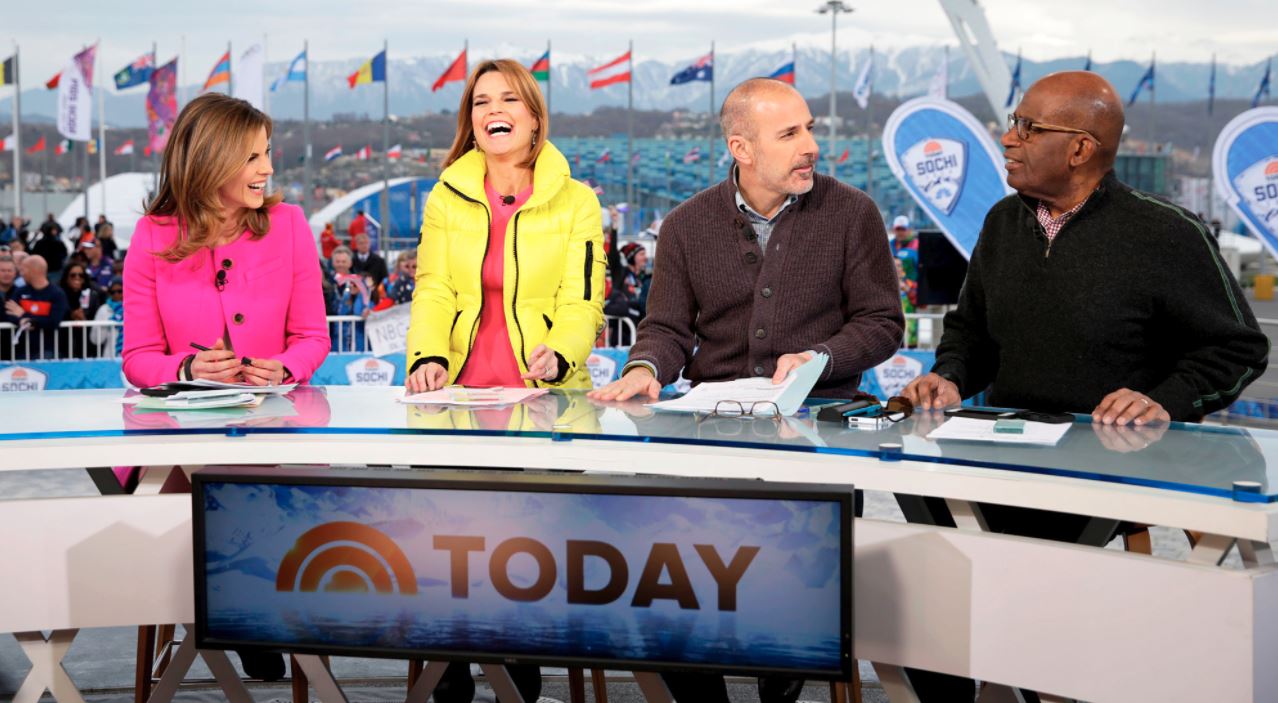 Sports fans checking in on coverage of Team USA at the 2018 Winter Olympics in Pyeongchang South Korea might want to brace themselves for unexpected outbursts of liberal preaching from reporters covering the Winter Olympics in Pyeongchang, South Korea. Over the years the MRC has documented lefty reporters and writers using the games to celebrate socialist policies of the host countries, bash expressions of patriotism and even work in jabs against Republicans, like when Bryant Gumbel, in 2006, complained that the “paucity” of black athletes “makes the Winter Games look like a GOP convention.” At the 2014 Winter Olympic games in Russia, NBC had Game of Thrones actor Peter Dinklage narrate this tribute to one of the bloodiest regimes in history: “The empire that ascended to affirm a colossal footprint; the revolution that birthed one of modern history’s pivotal experiments.”

The following is a compilation of some of the most outrageous Olympic outbursts from media figures over the years, as culled from the MRC’s archives.

2. Just Like the GOP Convention the Winter Olympics Are Too White for Bryant

“Finally tonight, the Winter Games. Count me among those who don’t like ‘em and won’t watch ‘em. In fact, I figure when Thomas Paine said, ‘These are the times that try men’s souls,’ he must have been talking about the start of another Winter Olympics. Because they’re so trying, maybe over the next three weeks we should all try, too. Like, try not to be incredulous when someone attempts to link these games to those of the ancient Greeks who never heard of skating or skiing. So try not to laugh when someone says these are the world’s greatest athletes, despite a paucity of blacks that makes the Winter Games look like a GOP convention.”
— Former CBS and NBC morning host Bryant Gumbel on his HBO program Real Sports, February 7, 2006.

“Russia overwhelms. Russia mystifies. Russia transcends. Through every stage of its story, it’s resisted any notion of limitation. Through every re-invention, only redoubling its desire to cast a towering presence. The empire that ascended to affirm a colossal footprint; the revolution that birthed one of modern history’s pivotal experiments. But if politics has long shaped our sense of who they are, it’s passion that endures.”
— Game of Thrones actor Peter Dinklage narrating video during NBC’s coverage of the Opening Ceremonies of the Winter Olympics in Sochi, Russia on February 7, 2014.

4. A History Lesson About America’s “Obsession” With Fighting Evil

“In Korea, Cuba, Vietnam, and space, the U.S. spared little to defeat communism – at times, it seemed like a national obsession.”
— Former NBC Nightly News anchor Tom Brokaw during NBC’s coverage of the Winter Olympics in Sochi, Russia on February 15, 2014.

“Moscow evokes powerful images. The Kremlin, Soviet leaders, the Red Army. But beyond the Cold War symbols, this city of 10 million people is a modern bustling metropolis....Stalin promised the metro would be a palace for the people, and so it is. Open architecture, mosaics, even chandeliers.”
— Correspondent Stephanie Gosk on NBC’s Today, February 17, 2014.

Correspondent Barry Petersen: “From designer clothes to new cars, China is getting rich. Democracies once bragged that theirs was the only way to economic success. China is doing it the communist way. Today, the ambitions of most students are not about changing their country, but changing their lives.”
Unidentified Man: “The younger generation are being channeled. Their energy has been channeled into making money, getting rich.”
Petersen: “Rich, but not free. Religious activist Qua Wei Chi told us last week the police warned him to remain quiet or he might disappear. Sunday, on his way to the church that President Bush attended, he was arrested. As for the games, China has one ambition, win more gold than its athletic and super power arch rival, the United States. And here are some numbers that are not about gold medals. An American polling company asked Americans and Chinese what they thought about the direction of their country. About 23% of Americans said they were satisfied, but an astonishing 86% of Chinese said they’re happy with where their country is going.”
—  CBS’s Early Show, August 11, 2008. 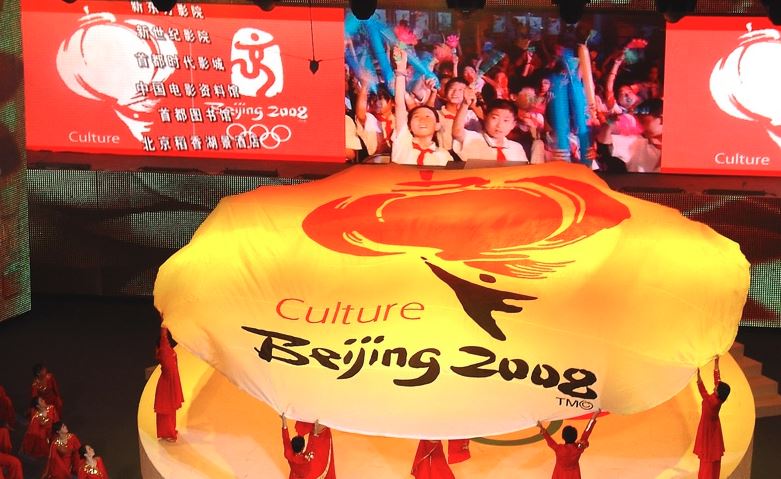 “For Americans watching events unfold on television late last month, the arduous evacuation of New Orleans and the grandeur of the Olympic Games couldn’t have made for a starker contrast. However one feels about its other policies, the Chinese government is clearly not afraid to invest in the future of its cities....This kind of bold government planning died [in the U.S.] long ago, of course, a victim of both the public’s disillusionment with the large-scale Modernist planning strategies of the postwar era and the anti-government campaigns of the Reagan years. The consequences were obvious as soon as Katrina hit the Gulf Coast. And they have been reaffirmed many times since, with the collapse of the Interstate 35W bridge in Minneapolis and myriad accounts of our country’s crumbling infrastructure.”
— New York Times architecture critic Nicolai Ouroussoff in a September 14, 2008 “Week in Review” piece.

8. CBS Hosts: We’ve Got “A lot to Learn” from Norway’s Socialist Policies

Co-host Paula Zahn: “You may have noticed over the last couple of weeks how many children that the Norwegians have involved in the games and ceremonies of the Olympics. Children and good parenting are a national priority here, so we thought we’d take a look at what it’s like to grow up here. Gretta Berget is on maternity leave after giving birth to her second child, nothing unusual in a country that gives mothers, or fathers, up to a year of paid parental leave...Norway was the first country in the world to appoint a Cabinet level Minister just for children, but then Norwegians have a different take on parenthood. Children here are not only considered yours, but citizens of Norway, with the same rights as grown-ups, the right to free education and free health care, and a right to have their questions and concerns heard by those in power.”
...
Zahn: “It’s fascinating, though, to see how, how generous the maternity benefits are in this country, and that men can sort of switch roles with their wives and get that forty-two weeks paid leave.”
Co-host Harry Smith: “Yeah. Paula, you and I have been talking about, we want to send our kids, we want to, want to move here and put our kids in school here, the kids are, are treated so well, I think we have a lot to learn from these folks.”
Zahn: “I think you’re right.”
Smith: “Yeah.”
— CBS’s Paula Zahn and Harry Smith, touting the liberal policies of host nation Norway at the 1994 Winter Olympics on CBS This Morning, February 24, 1994. 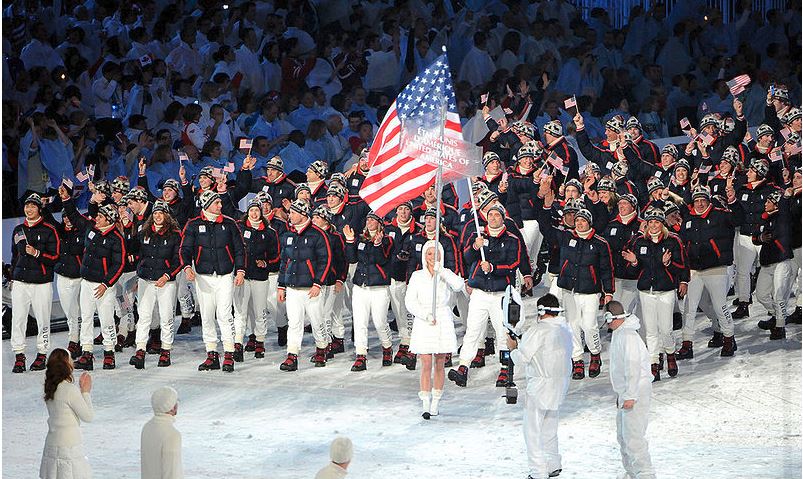 “As I’ve grown older, I find my ‘U.S.A.!’-chanting reflex increasingly interrupted by pangs of discomfort, and not because I’m ashamed of our country or our Olympians....Missed in the ensuing red-white-and-blue hoopla, of course, is the fact that we are not so exceptional outside the Olympic village....We are not gold, silver or even bronze medalists when it comes to healthcare; sadly, we are 39th for infant mortality, 43rd for female mortality, 42nd for adult male mortal-ity....If we do stand atop a dais anywhere other than at a sporting event, it is for military spending, carbon emissions and incarceration rates.”
— Colorado radio host David Sirota in an August 1, 2012 piece for Salon.com, “Don’t chant ‘U.S.A.!’ It’s liberal Americans’ Olympic dilemma: How do they root for their countrymen without being jingoistic?”

Matt Lauer: “You are expecting a greater wave of patriotism here in the United States, in this particular time, than other countries have shown when they’ve hosted the games.”
Lloyd Ward, U.S. Olympic Committee President: “I certainly expect the stands to be rocking. I expect the flags to be flying. And you know, the expression of patriotism is fine for any country that hosts the Olympics. We want to express our nationalism as a part of the world's community and I expect to see that.”
Lauer: “But we have to also be careful and draw a line not to let our patriotism get in the way of the games in general.”
— Exchange on NBC’s Today show, February 7, 2002.

“Obviously, the opening ceremony, the games themselves will be very patriotic in feel. And yet sometimes the international community can interpret that as arrogant nationalism. Obviously, you’ve gotta balance those two things. Are you all, clearly you’re mindful of that. How are you, how are you going to do that?”
—  NBC’s Katie Couric questioning Salt Lake Olympic Committee Creative Director Scott Givens on Today, Feb. 8, 2002.

Co-host Matt Lauer: “But now the next act in this creative process.”
Co-host Meredith Vieira: “It is called, ‘Second to the Right,’ a reference to J.M. Barrie’s children’s book Peter Pan. It honors what Danny Boyle considers two of Britain’s greatest achievements, children’s literature and the National Health Service's publicly-funded health care system.”
Lauer: “Back in the states you might be saying, wait a second, we’re locked in this kind of partisan debate over the future of health care in our own country. Here, they feel so strongly about their health care system, they're actually celebrating it as part of the Olympic opening ceremony.”
Vieira: “And these folks that you’re seeing here, the doctors and nurses, they really are doctors and nurses from the National Health Service, dedicated their lives to helping others. This has to be a great moment of pride for them to receive this kind of recognition before a worldwide audience.”
— NBC Today show co-hosts Matt Lauer and Meredith Vieira gush over tribute to Britain’s government-run health care at the opening ceremony of the London Olympics, July 27, 2012.

Co-host Jane Clayson: “To see Jimmy Shea last night kissing that gold medal, it was really, his story is such an emotional highlight of these Olympic games.”
Co-host Bryant Gumbel: “Yeah, but I liked what he said. He said that, you know, they shouldn’t be keeping a medal count, that this is not about nationalistic efforts, this is about individuals and medal counts don’t mean anything. Love that!”
— Exchange on CBS’s Early Show, February 21, 2002. 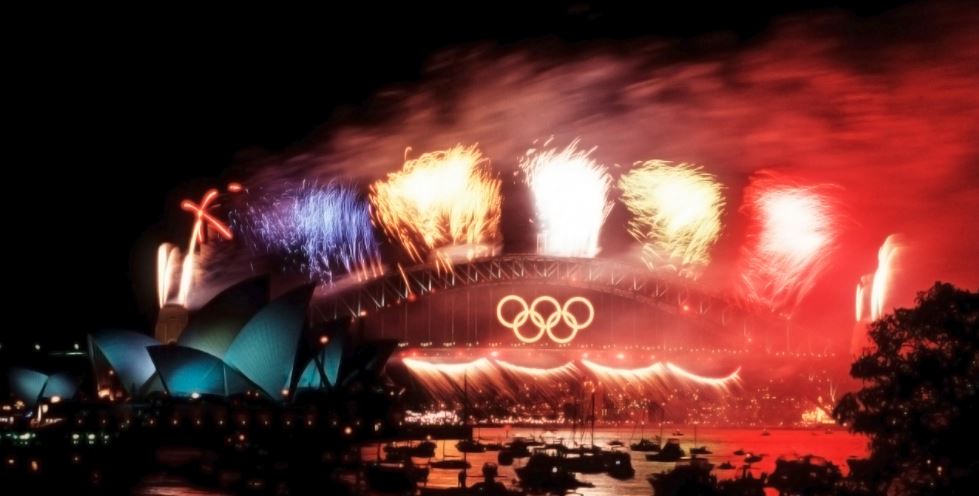 “Yet the star-making machinery is oddly out of touch, with huge streaks of lingering Cold War mentality and sexism. The American swimmer Lenny Krayzelburg is one of the most appealing personalities, low-key and modest. One of the many features about him born in Odessa, moved to California began, ‘He’s known life behind the Iron Curtain and in the land of opportunity.’ When is the last time you heard the term ‘Iron Curtain’ used with a straight face?”
— New York Times television critic Caryn James, September 27, 2000 review of Olympic coverage.

14. We Interrupt Your Sports Report to Remind You People Hate the Bush Administration

“At the last minute Secretary of State Colin Powell canceled his trip to Athens. He had planned to attend tomorrow’s closing ceremony. Just hours before that happened Greek activists hung a huge banner on the Acropolis. It said, ‘Powell Killer Go Home.’”
— NBC’s Lester Holt on Today, August 8, 2004.

15. Olympics Just Another Excuse to Mock Romney as an Elitist

“It’s a big day for the Romneys as the family horse Rafalca makes its Olympic debut. Ann Romney cheering on the horse she co-owns in London, but where’s her husband Mitt? He’s back here in the United States, preparing to pick a vice president, and possibly trying to avoid charges that a sport involving horse ballet might not make him the most relatable candidate for the average voter.”
— CNN host Carol Costello on CNN Newsroom, August 2, 2012.

16. Ringing The Bells of Jingoism 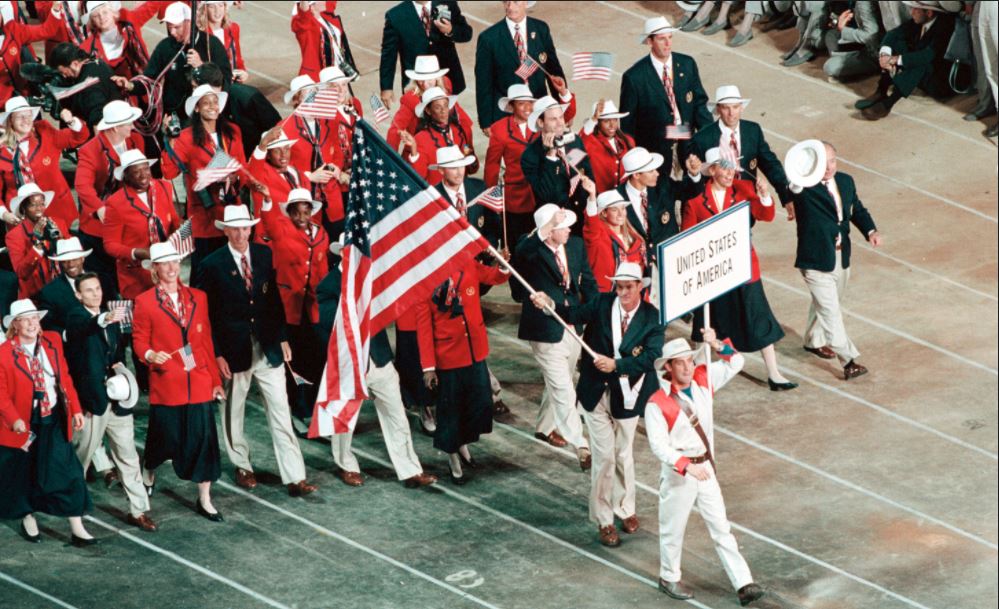 “It is in the DNA of Olympic broadcasting. Networks around the world with the rights to the Games can toll their jingo bells when they please. And it’s easier to interview your own nation’s athletes, especially if language barriers exist. Still, there should be a better way to present these stories without so much American navel-gazing.”
— New York Times sports/TV columnist Richard Sandomir in August 17, 2016 column.