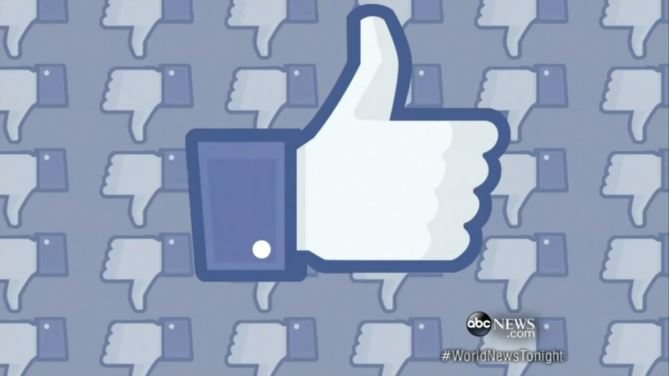 In an extensive and troubling piece filed on Monday, former Facebook employees admitted to the tech site Gizmodo (an arm of Gawker Media) that the social media platform “routinely suppressed news stories of interest to conservative readers” and included instances such as the IRS scandal and the late Chris Kyle, where the site’s “news curators” censored topics in favor of other ones that weren’t necessarily trending among users.

Gizmodo editor Michael Nunez observed that, based on his interviews, the social media behemoth acted not as an open marketplace for content but instead like “a traditional newsroom, reflecting the biases of its workers and the institutional imperatives of the corporation.”

Nonetheless, he offered a firm defense of the Facebook’s discrimination against conservatives:

Imposing human editorial values onto the lists of topics an algorithm spits out is by no means a bad thing—but it is in stark contrast to the company’s claims that the trending module simply lists “topics that have recently become popular on Facebook.”

Not surprisingly, the team known as “news curators” are composed of “young journalists, primarily educated at Ivy League or private East Coast universities” and behaved in such a way that one former team member explained that the level of censorship ranged from blocking stories on CPAC to Paul Ryan to the IRS scandal to even the late Chris Kyle:

“Depending on who was on shift, things would be blacklisted or trending,” said the former curator. This individual asked to remain anonymous, citing fear of retribution from the company. The former curator is politically conservative, one of a very small handful of curators with such views on the trending team. “I’d come on shift and I’d discover that CPAC or Mitt Romney or Glenn Beck or popular conservative topics wouldn’t be trending because either the curator didn’t recognize the news topic or it was like they had a bias against Ted Cruz.”

The former curator was so troubled by the omissions that they kept a running log of them at the time; this individual provided the notes to Gizmodo. Among the deep-sixed or suppressed topics on the list: former IRS official Lois Lerner, who was accused by Republicans of inappropriately scrutinizing conservative groups; Wisconsin Gov. Scott Walker; popular conservative news aggregator the Drudge Report; Chris Kyle, the former Navy SEAL who was murdered in 2013; and former Fox News contributor Steven Crowder.

A handful attempted to push back against the narrative, but a second former employee detailed how “[i]t was absolutely bias” and only “once in awhile” would content from “Red State or conservative news source would have a story” or excluded from their trending stories algorithm “unless mainstream sites like the New York Times, the BBC, and CNN covered the same stories.”

In other words, the leftists at Facebook bowed down to the liberal media to the point that if they didn’t view it as important, the site would follow suit and vice versa if mainstream news organizations were pushing a story even if readers didn’t seem to care (e.g. Black Lives Matter).

Nunez went onto add that Facebook staffers would be instructed to not make certain stories trending topics even if they were by analytical standards among users:

When stories about Facebook itself would trend organically on the network, news curators used less discretion—they were told not to include these stories at all. “When it was a story about the company, we were told not to touch it,” said one former curator. “It had to be cleared through several channels, even if it was being shared quite a bit. We were told that we should not be putting it on the trending tool.”

Rather, Facebook’s efforts to play the news game reveal the company to be much like the news outlets it is rapidly driving toward irrelevancy: a select group of professionals with vaguely center-left sensibilities. It just happens to be one that poses as a neutral reflection of the vox populi, has the power to influence what billions of users see, and openly discusses whether it should use that power to influence presidential elections.

“It wasn’t trending news at all,” said the former curator who logged conservative news omissions. “It was an opinion.”