James Woods ‘Already Locked Out’ of Twitter After Triumphant Return

Twitter is already cracking down again on actor James Woods after his recent return to the platform.

The conservative Woods, who took a nine-month break from Twitter starting in April 2019, returned Feb. 6 with a clap back at Rep. Alexandria Ocasio-Cortez (D-NY). He tweeted, “I’ve tried so hard this past year to live without the wealth of knowledge available on Twitter, but this kind of blazing insight can be found nowhere else, so... I’m back! #AOCStillAMoron.” 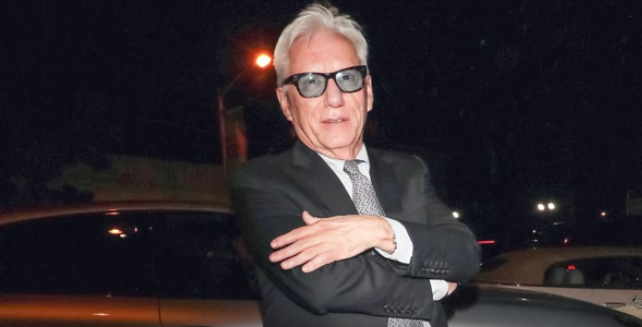 While he was welcomed back by President Donald Trump and Senator Ted Cruz (R-TX), the platform itself apparently had an unwelcome gift: a brief block. The actor tweeted, “I was already locked out once since I’ve been back for a tweet that was over a year old. Some whiney-ass liberal actually sniffed through a year of tweets and the #SoyBrigade at Twitter locked me out for it. What are they so afraid of?”

Woods did not mention what tweet was flagged and reported for violating Twitter’s rules. However, Brooklyn public defender Scott Hechinger tweeted at Twitter CEO Jack Dorsey saying that Woods had promoted “a violent call from NYPD ‘declaring war’ on the NYC mayor.” The tweet in question called Mayor Bill de Blasio “a treacherous cop hater.”

In 2018, Woods was suspended from Twitter for posting a meme that joked about a midterm election where “a woman’s vote was worth more.” At the time, Woods told the Associated Press, “Free speech is free speech -- it’s not Jack Dorsey’s version of free speech.” Twitter claimed that Woods’ tweet had “the potential to be misleading in a way that could impact an election.”

Later, he was locked out again in 2019 — for paraphrasing a quote from author and poet Ralph Waldo Emerson. When Twitter deleted the offending tweet, Woods quit Twitter altogether. He said, “Until free speech is allowed on Twitter, I will not be permitted to participate in our democracy with my voice. As long as Jack Dorsey remains the coward he seems to be, my Twitter days are in the past.”

Woods’ Twitter followers enthusiastically hailed his return to the platform. Woods tweeted that he had gained 200,000 followers since he came back.