Saturday Night Live is still pulling its punches when it comes to the President of the United States.

Some shows barely mentioned the Commander in Chief up until now. Others saved their sharpest barbs for GOP-related targets.

The NBC show opened with President Biden (James Austin Johnson) lamenting his horrendous poll numbers. He gets a boost from the 2013 version of Joe Biden, played by former SNL standout Jason Sudeikis.

The 2013 model tries to cheer the despondent Biden up.

“How could you be me? You seem so happy, so carefree, so … what’s the word I’m looking for?” the current Biden asks.

Let that sink in. SNL is admitting what we’re all seeing, but what the press and late night comedians won’t dare mention. President Biden has lost something…important.

The rest of the sketch is thin gruel, satirically speaking, save the 2013 Biden sniffing the current model. That reference to the real Biden’s inappropriate behavior that got memory holed by comedians once he became a serious White House contender in 2020.

The skit is still remarkable for a few reasons.

One, it shows how SNL still cozies up to the Biden administration, treating flak Jen Psaki (played by Chloe Fineman) as some truth teller as opposed to what we actually see on our smart phones and TV screens.

Plus, we aren’t told why Biden’s poll numbers are cratering.

Yet a key issue Biden can’t shake is his obvious mental decline, shown most recently when he stood, with his fists clenched, for 19 straight seconds during a CNN townhall. 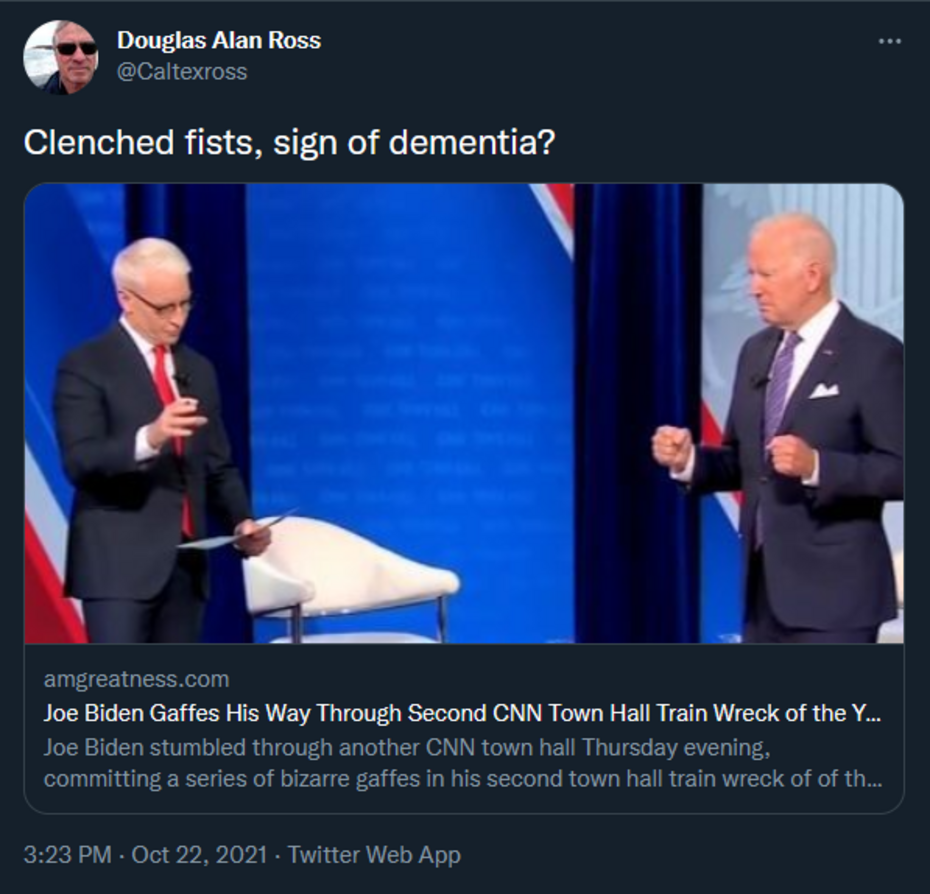 The faux news anchors, Colin Jost and Michael Che, noted Biden said recently that he hadn’t had time to visit the Southern border.

“Though his approval rating has,” Jost mocked alongside a graphic of the president’s dipping approval rating, which also made good comedic fodder for the episode’s cold open.

Jost added: “Insiders are also saying that, during meetings, President Biden repeatedly uses the f-word in conversation. More concerning, the f-word he keeps using is ‘forget.’”

SNL continues to cover for Biden’s ineptitude and is unwilling to showcase the many reasons his poll numbers are disastrous. The show still let loose with not one but two laugh lines aimed at his mental state.

By illustrating the Commander in Chief’s waning mental state, though, it could signal other comedians that the matter can no longer be overlooked by their partisan comedy.

If Biden’s fragile mindset becomes a running gag across pop culture, he may look back at his current poll numbers as, “the good ol’ days.”