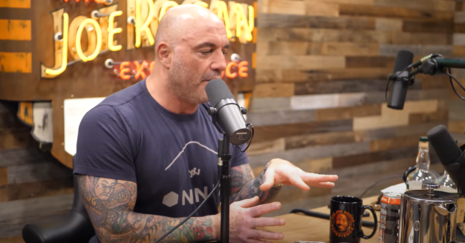 The host of The Joe Rogan Experience became a household name thanks to twin TV smashes -- NewsRadio and Fear Factor. That background, plus decades as a touring comic, gave him an insider look at Hollywood.

It wasn’t pretty, he recalls. It’s why he essentially left the industry to build his own media empire.

Rogan opened up about his Hollywood past with the hosts of Breaking Points. Their podcast, which recently split from its home at The Hill, offers a fresh take on politics free from the media’s narratives.

Rogan explained the troubling culture within Hollywood, a place where insecure people flock to be rejected over and over again.

“You wanna say the things that people are gonna wanna hear so they’ll cast you,” Rogan says.

“I’ve been in rooms where they discuss politics right away, and you see people bend to whichever way the wind is blowing,” he says of hopeful stars and starlets, desperate for a break. “They don’t have opinions…. what they have is a conglomeration of opinions they’ve adopted because they think it’ll be good for their careers.”

He connects this to auditioning for roles, an arduous journey for most Hollywood denizens. It’s rejection atop rejection for people saddled with crippling insecurities. It leaves wannabe stars dazed, disrupted and angry, Rogan says. It also leads them to agree with the groupthink whenever possible.

“The entire mindset of that part of the country is doing things that you think other people will like,” he explains. “Imagine a Hellscape of a world where everyone in the business, one business, everyone is liberal? How is that possible … when the country is basically divided 50/50?

“It’s not possible, because it’s not really opinions,” he explains. “They’re wiling to not have any opinions on anything else other than feeding narcissism, feeding this career that seems … impossible to achieve.

Many actors may appear liberal, or shout progressive arguments on Twitter, but Rogan argues it’s a pragmatic attempt to stay employed.

“They adopt these liberal sensibilities and ideologies. They don’t necessarily do it because they’ve thought these things through. Occasionally you have your Mark Ruffalo type characters who are ‘all in,'” he says on progressivism. “Most of them are not. Most of them are nonsense people who will get on stage .. they’ll talk about, ‘this is what we have to do. We have to support this and that.’ It’s horsesh**.”

The group brought up Gal Gadot’s cringe-worthy cover of “Imagine,” released during the height of the 2020 pandemic, as an example of Hollywood liberalism gone mad.

Rob Schneider indirectly weighed in on what Rogan explored via Twitter.

The Saturday Night Live alum increasingly sounds aghast at both woke culture and Hollywood’s lockstep liberalism. So when a fellow Twitter user asked him if his fellow celebrities are exhausted by “leftist orthodoxy,” Schneider offered a surprising answer. 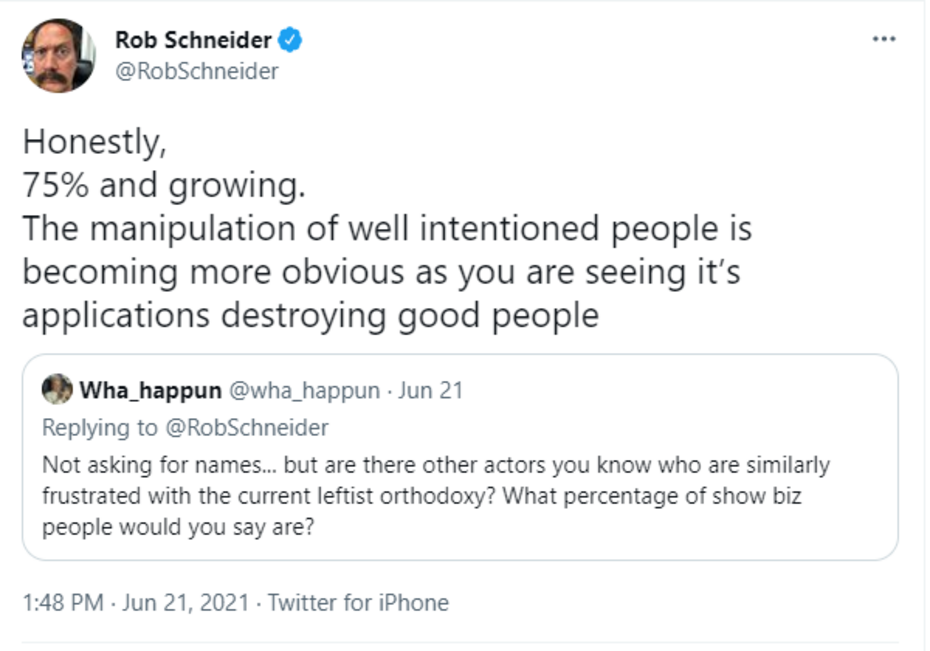 For more on Rogan and his contempt for CNN's Brian Stelter, see NewsBusters's Nick Fondacaro.