It is not the first time a prominent media outlet has been forced to retract a video piece as a result of misleading and erroneous editing. CBS News was the latest to be caught in the act of disseminating shoddy news packaging in the form of an overflowing Italian hospital video within a story about New York City Covid-19 cases.

The story in question aired on CBS This Morning last Wednesday, March 25th. During a report on the New York City coronavirus outbreak, CBS included a video showing hospital beds packed, seemingly suggesting the city was running low on medical equipment. They failed to mention that the hospital clip was filmed in Italy.

Watch a side-by-side comparison of the videos below. 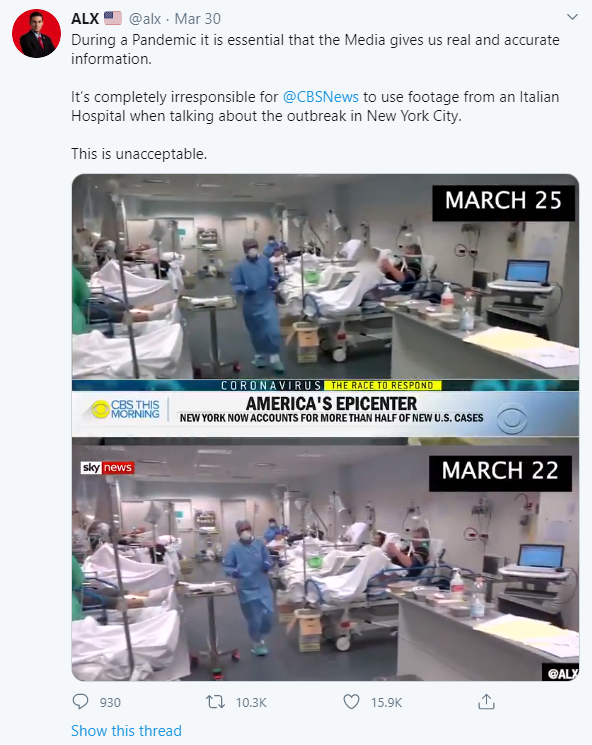 As Joseph Wulfsohn notes in his Fox News article, the video first surfaced on Sky News a few days prior to CBS’s story. The footage was prefaced much differently on their network; “This is the main hospital in Bergamo, in Lombardy province. It’s one of the most advanced hospitals in Europe.”

After much clamor from those who got wind of the clip’s origins, CBS News issued an explanation to Fox News; "It was an editing mistake. We took immediate steps to remove it from all platforms and shows.”

And they wonder how they have earned the label fake news.