Per Brian Stelter at 7:52 PM EST on CNN's Erin Burnett Tonight. His tweet.

A suspension for a lead anchor who repeatedly lied, then lied again in his "apology." NBC is unbelievable -- literally.

UPDATE, 8:20 PM EST: Bozell will be a guest on tonight's Hannity on the Fox News Channel, during the 10 PM EST hour. UPDATE to the update: Video of Bozell on Tuesday's (Feb. 10) Hannity.

>> All of NewsBusters‘ coverage of the Brian Williams scandal <<

“NBC's lead anchor is exposed as a serial liar who attempts to deceive even when he's apologizing for his lies. And for that he gets a suspension? One month, two months, six months, six years. Who cares? NBC has decided that news presented by a dishonest superstar is preferable to news presented honorably by anyone else if it means a drop in ratings. But this isn't supposed to be about ratings. It's supposed to be about professionalism, and ethics, and honesty. If NBC thinks giving Mr. Williams a sabbatical resolves the issue, that network is clueless.  A new descriptor is born. 'NBC News, whose lead anchor repeatedly has lied about the news...' NBC is unbelievable -- literally -- just like Brian Williams.” 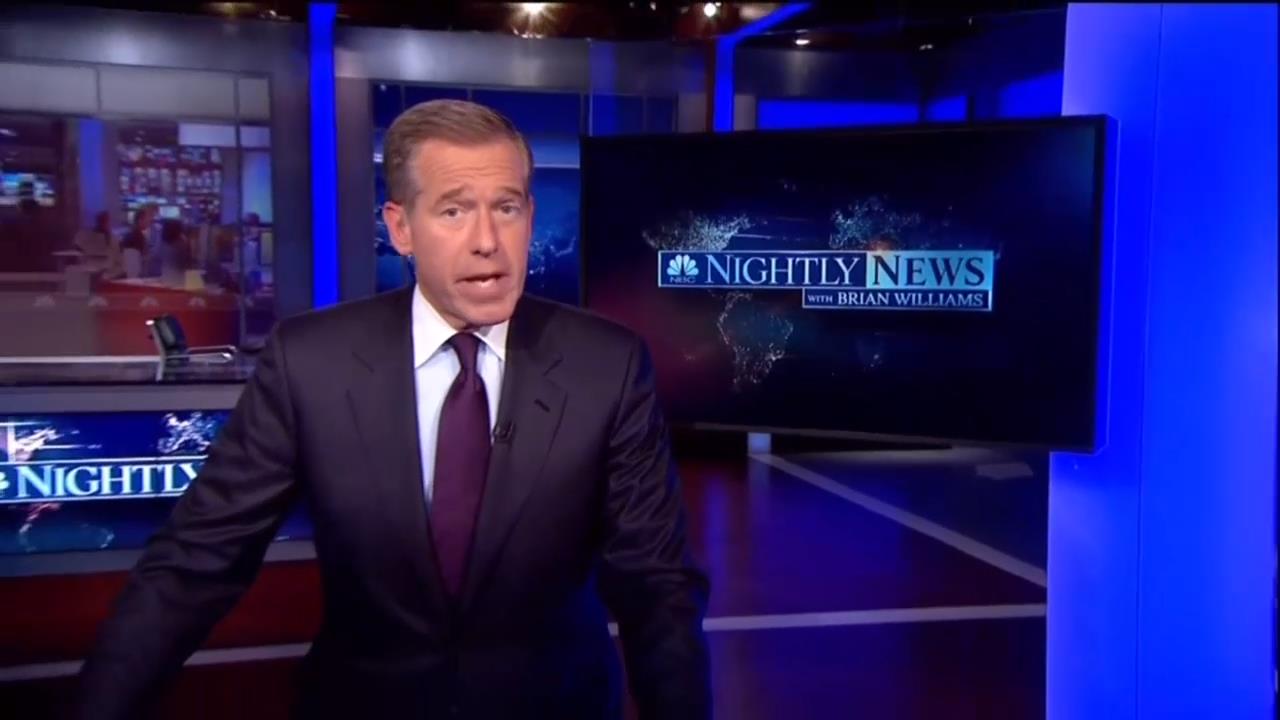 Early Tuesday night, NBC News announced that NBC Nightly News anchor Brian Williams will be suspended “effective immediately” for the next six months “without pay” for the numerous lies and embellishments that have come to light since it became known that Williams made false claims about being shot down in a helicopter over Iraq in March 2003.

A memo from NBC News President Deborah Turness announced Williams will be replaced during his suspension by weekend anchor Lester Holt, who began substituting for him on the weekday newscast yesterday.

Turness said that they “have concerns about comments that occurred outside NBC News while Brian was talking about his experiences in the field” and that his remarks are “wrong and completely inappropriate for someone in Brian’s position.”

The full memo from Turness:

We have decided today to suspend Brian Williams as Managing Editor and Anchor of NBC Nightly News for six months. The suspension will be without pay and is effective immediately. We let Brian know of our decision earlier today. Lester Holt will continue to substitute Anchor the NBC Nightly News.

Our review, which is being led by Richard Esposito working closely with NBCUniversal General Counsel Kim Harris, is ongoing, but I think it is important to take you through our thought process in coming to this decision.

While on Nightly News on Friday, January 30, 2015, Brian misrepresented events which occurred while he was covering the Iraq War in 2003. It then became clear that on other occasions Brian had done the same while telling that story in other venues. This was wrong and completely inappropriate for someone in Brian’s position.

In addition, we have concerns about comments that occurred outside NBC News while Brian was talking about his experiences in the field.

As Managing Editor and Anchor of Nightly News, Brian has a responsibility to be truthful and to uphold the high standards of the news division at all times.

Steve Burke, Pat Fili and I came to this decision together. We felt it would have been wrong to disregard the good work Brian has done and the special relationship he has forged with our viewers over 22 years. Millions of Americans have turned to him every day, and he has been an important and well-respected part of our organization.

As I’m sure you understand, this was a very hard decision. Certainly there will be those who disagree. But we believe this suspension is the appropriate and proportionate action.

This has been a difficult time. But NBC News is bigger than this moment. You work so hard and dedicate yourselves each and every day to the important work of bringing trusted, credible news to our audience. Because of you, your loyalty, your dedication, NBC News is an organization we can – and should – all be proud of. We will get through this together.

Steve Burke asked me to share the following message.

“This has been a painful period for all concerned and we appreciate your patience while we gathered the available facts. By his actions, Brian has jeopardized the trust millions of Americans place in NBC News. His actions are inexcusable and this suspension is severe and appropriate. Brian’s life’s work is delivering the news. I know Brian loves his country, NBC News and his colleagues. He deserves a second chance and we are rooting for him. Brian has shared his deep remorse with me and he is committed to winning back everyone’s trust.”