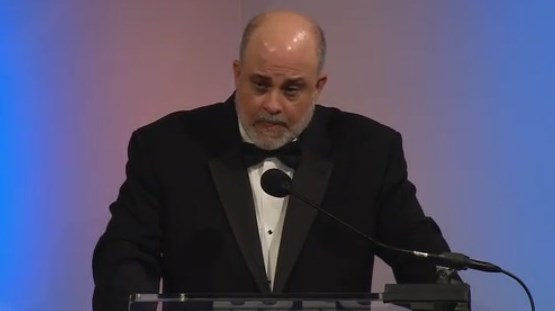 Good news for Mark Levin fans:  Levin and Westwood One inked a long-term contract extension of the nationally syndicated hit "The Mark Levin Show" through the year 2020. His show debuted in 2003 on flagship WABC-AM in New York from 6-8 pm and reached  number one in the ratings only 18 months on the air. In 2009, a third hour was added to the broadcast to keep up with the demand from his radio stations and fans for even more original content. It's currently heard on more than 300 stations across America.

"I am delighted to continue working with Cumulus and Westwood One and look forward to further developing the show over the next five years," said Levin. "I am passionate about challenging the mainstream media and educating the public on the most pressing political and legal issues of our time and maintain my commitment to doing so."

"Mark has established himself as a pillar in talk radio with his sharp and witty commentary, and we look forward to expanding his program's reach," said Cumulus Executive Vice President John Dickey.

Prior to launching his radio career, Levin worked as an attorney in the private sector and as am advisor and administrator to several members of President Reagan's cabinet. In addition to his hosting duties, Levin is the president of Landmark Legal Foundation, a conservative legal advocacy group based in Washington, DC. He's also authored a number of books, most recently The Liberty Amendments.