MTV used to be known for its 24 hours of constant music videos before becoming overrun with trashy shows like 16 and Pregnant, Jersey Shore, Teen Mom and Jackass. Now MTV is trying to get “serious” with a documentary called White People that follows five young white people around, documenting their experience as being a white person in America and “white privilege.”

Jose Antonio Vargas hosts the documentary.  Vargas won a Pulitzer Prize for his coverage of the Virginia Tech shootings, and has worked for The Washington Post and The Huffington Post.  Vargas is also an illegal immigrant.

Usually, these kinds of documentaries focus on the challenges of living in America as a non-white person.  This time the tables have turned and instead of focusing on challenges, this documentary appears to “white-shame” white people.  Here’s a quick look at some of the questions and comments in the newly released trailer:

“When you say white, what does that mean to you?”
“How would your life be different if you weren’t white?”

When being asked a question on race, one white man commented, “You say the wrong thing, then suddenly you are racist”, another stated, “I’m trying to be careful here,” while a white female told an audience, “I don’t want to offend people.”

One girl even said, “You kind of get this feeling that things belong to you.” (Interesting.  As a white woman, I never thought things belonged to me, rather, I had to work for them...but that's just me.)

Apparently  tears are even shed because some white people are just so ashamed or feel guilty for being white.  And all this is just a clip from the documentary! Here are a few other tidbits:

Vargas goes to an Indian reservation where he asks students their thoughts on white people.  One student says, “'They're mean to us…They always talk about the good things white people did in their history, what about the bad things?”

When speaking about the Confederate flag, one southerner says it’s a symbol of southern pride, while another argues that it is negative because of its ties to slavery. 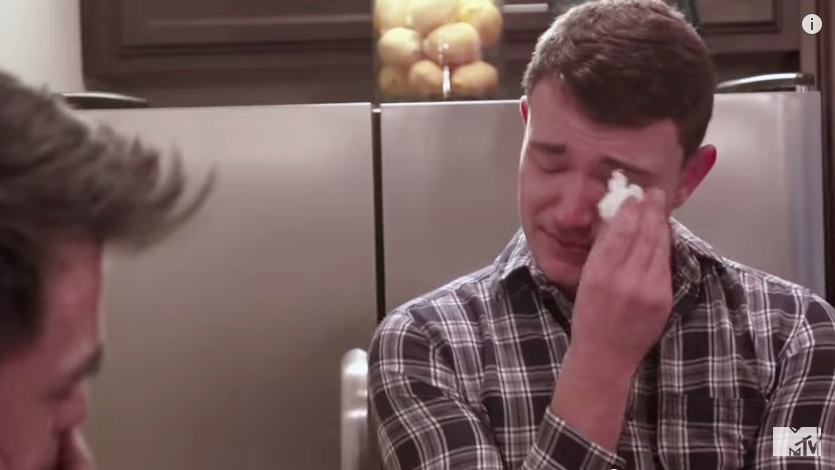 MTV president Stephen Friedman stated, “'Whiteness often remains unexamined in conversations about race in this country, even as it acts as the implicit norm against which other racial identities are judged. By shining a spotlight on whiteness, we hope White People will serve as a powerful conversation starter that encourages our audience to address racial bias through honest, judgment-free dialogue.”

For his part, Vargas says he’s not trying to “white-shame”. He posted on his Facebook page:  “We cannot have an honest conversation about race in America until we explore and unpack what ‘whiteness’ and ‘white privilege’ mean in America. This is not an easy, simple or comfortable conversation. So let’s get uncomfortable. Let’s talk.”

Hey, if you visit the film’s website, you can take the seven-day racial bias cleanse!  This “cleanse” promises to “…provide you with the daily tasks that will help you begin to de-bias yourself.”

If there's anything or anyone that needs to be cleansed, it should be Vargas and anyone else who takes this exercise seriously.