This past Friday, sportscaster (and anti-gun advocate) Bob Costas was on HBO's Real Time With Bill Maher, where he scoffed at the criticism he’s received for making many anti-gun statements: “Is this what the Founding Fathers had in mind? … That private citizens should be able to purchase cop-killer, armor piercing bullets? That you should be able to have a AK-47?”

Host Bill Maher asked Costas about his previous comments last april, implying that professional athletes shouldn’t be trusted with guns: "You keep track of how many good and constructive things are associated with athletes having a gun, and I’ll keep track of all the tragedies and criminality and folly."

Costas took it a step further and lamented:

Now he’s just mocking those who support the Second Amendment.

This isn’t the first time Costas has been outspoken against guns, often citing something he termed as a “gun culture."

In 2012, he caused a social media meltdown when he read Fox Sports columnist Jason Whitlock’s column regarding the murder-suicide of NFL player Jovan Belcher and his girlfriend, Kasandra Perkins during a half-time show:

''In the coming days, Jovan Belcher's actions and their possible connection to football will be analyzed. Who knows? But here, wrote Jason Whitlock, is what I believe. If Jovan Belcher didn't possess a gun, he and Kasandra Perkins would both be alive today...” and that “…However, the ready easy availability of guns makes mayhem easier. The easy availability of guns makes this sort of thing far more likely to occur." 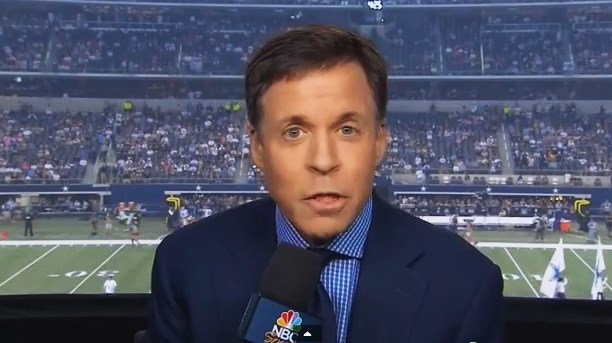 Costas also raised eyebrows when he spoke about the Aurora, Colorado shootings at a movie theater that same year:

"There are those who believe that denying a semi-automatic weapon or an assault rifle is the first step down a slippery slope in denying an old lady a gun for her own protection....There are people who honestly believe that in Aurora (Colo.) if only a dozen or so people there to watch the Batman movie had been packin', they would have been able to take down the nut job in full body armor with military-type guns."

When it comes to those who criticize Costas on bringing “political correctness” into the world of sports, Costas says, “Basically, when people say that, what they’re really saying is, ‘Hey, just don’t say anything that I disagree with, and stop interrupting the game.”

Well….it’s not about disagreeing with your views, Bob.  You’re a sportscaster, not a political talking head or lobbyist. People expect to hear the game or the halftime highlights, not your personal political views. If they wanted to hear political views and bias, they could turn to any news channel and get their fill.