Geraldo Turns In His Facebook Haters, 'You LIttle Pieces of S**t'

Uh oh.  Looks like Geraldo Rivera is making a list and checking it twice….then sending it to Fox News and Facebook authorities because he doesn’t like people who disagree with his stance on Obama’s “deportation relief plan.”  Rivera, a Fox News Senior Correspondent, posted the following on his Facebook page: 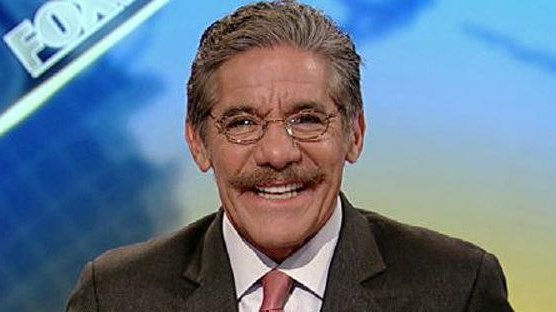 Just checking some of your responses to my recent posts on the president's immigration action. Most are spirited, but within the normal boundaries of decent discourse. Some, however, are hateful, ignorant and racist, even mentioning my family… That is something I cannot abide. I'm turning your posts over to Fox News and Facebook authorities because you little pieces of sh-- hiding in the shadows of your mother's basement deserve no less.

Rivera has long been an advocate for an "ease of deportation" and amnesty for illegal immigrants. Last week, Rivera had two articles (Ya era Hora) published on Fox News regarding his support for the immigration act.  He lauded Obama for “…having the courage or political will ... to do the right thing for five million undocumented, but otherwise law-abiding immigrants”:

President Obama has the constitutional authority to order those working for him to lay off the law-abiding. Without providing them either federal benefits or a path to citizenship he is at least freeing five million immigrants from the threat of deportation. My only beef is that he is late, but better late than never. And if he waited for the House GOP, we would have waited forever.

Rivera stated in “Ya era Hora - Part Two", that illegal immigrants commit fewer crimes than American citizens (which is ironic considering they are already committing a crime by illegally living in the United States to begin with):

By every indication, they commit fewer crimes than citizen Americans. They raise their children and care for ours; they wash our dishes; mow our lawns; deliver and serve our meals; serve in our military; start businesses, pick our fruits and vegetables, and try hard to do the best they can for themselves and their families.

Geraldo then went on about how awful illegal immigrants have been demonized and blamed for the most outrageous things but are now, thankfully, here to stay:

Bravo Mr. President for having the courage or political will or for doing the hard cold political calculation finally to do the right thing for five million undocumented, but otherwise law-abiding immigrants,” Rivera wrote on Thursday.  “These people have been demonized by hard-right-wingers who have found in them convenient scapegoats to blame for whatever ails us from ISIS to Ebola. They have been cynically exploited to serve as a wedge to divide Americans. Get over them. They are here and thanks to Barack Obama they are staying. And America is better because of it.

On a recent appearance on The Kelly File, Megyn Kelly confronted Rivera about Obama’s previous statements on “…not having the authority to take executive action and that congress must act.” Rivera answered defiantly, “I don’t care”, and expressed Republican hypocrisy on the issue of illegal immigration and admitted that Obama might be acting hypocritically to, but it was more important to Rivera that the fate of the millions of people who will be helped by what the president announced.