Ex-CBS Reporter: A 'Three-Letter Government Agency' Hacked Into My Computer And Spied On Me 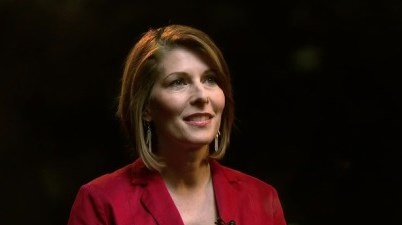 Sharyl Attkisson, the former CBS investigative reporter who blew the lid off of CBS’s blatant bias toward the president and his administration, confirms that her computer was hacked and heavily monitored by a “government related entity” and embedded with classified documents.

In her new book, Stonewalled: My Fight for Truth Against the Forces of Obstruction, Intimidation, and Harassment in Obama’s Washington, Attkisson gives her account of the day she was told by a source who’s connected to “government three-letter agencies” that her computer was hacked by “a sophisticated entity that used commercial, non-attributable spyware that’s proprietary to a government agency: either the CIA, FBI, the Defense Intelligence Agency or the National Security Agency.”

It all started towards the end of 2013 when she noticed odd things happening to her computer.  From an interview on June 17, 2013 with WPHT’s talk radio host Dom Giordano, Attkisson said, “There were just signs of unusual happenings for many months, odd behavior like the computers just turning themselves on at night and then turning themselves back off again. I was basically able to verify and obtain information from my sources on the suspicious activity and I reported it to CBS News in January because of course it included CBS equipment and systems.”

She went on to say, “Whoever was in my work computer, the only thing I was working on were work-related things with CBS were big stories I guess during the time period in questions were I guess Benghazi and ‘Fast and Furious.’ The intruders did have access to personal information including passwords to my financial accounts and so on, but didn’t tamper with those, so they weren’t interested in stealing my identity or doing things to my finances.”

Shortly before word of Attkisson’s computer hacking came to light, it was discovered that Fox News Channel reporters William LaJeunesse and James Rosen, along with Rosen’s parents, had also been monitored by government officials, so much so that Rosen was targeted as a co-conspirator in an affidavit from the Department of Justice to a judge. These reporters – Rosen and LaJeunesse from the Fox News Channel, and Attkisson from CBS – investigated stories that other MSM reporters shied away from – stories that could potentially put the Obama administration in a bad light, scandals such as Benghazi and Fast and Furious. It should also be noted that all three reporters have covered Republican administrations with just as much scrutiny.

Now, able to speak more freely about the invasive ordeal, Attkisson wrote of her speculation in Stonewalled.   From a recent book review by the New York Post:

“This is outrageous. Worse than anything Nixon ever did. I wouldn't have believed something like this could happen in the United States of America,” Attkisson quotes the source saying.

She speculates that the motive was to lay the groundwork for possible charges against her or her sources…The breach was accomplished through an “otherwise innocuous e-mail” that Attkisson says she got in February 2012, then twice “redone” and “refreshed” through a satellite hookup and a Wi-Fi connection at a Ritz-Carlton hotel.

The spyware included programs that Attkisson says monitored her every keystroke and gave the snoops access to all her e-mails and the passwords to her financial accounts.

“The intruders discovered my Skype account handle, stole the password, activated the audio, and made heavy use of it, presumably as a listening tool.”

In reference to the deeply embedded documents found on Attkisson’s computer, her source claimed that “they probably planted them to be able to accuse you of having classified documents if they ever needed to do that at some point.”

In Stonewalled, Attkisson’s first-hand account of a dogged and honest reporter, mixed with scandal, speculation, corruption and bias, has all the makings of a thrilling and suspenseful blockbuster movie…. based on a true story.