MSNBC's O'Donnell: Catholicism Was Once 'The Most Murderous Force on the Face of the Earth' 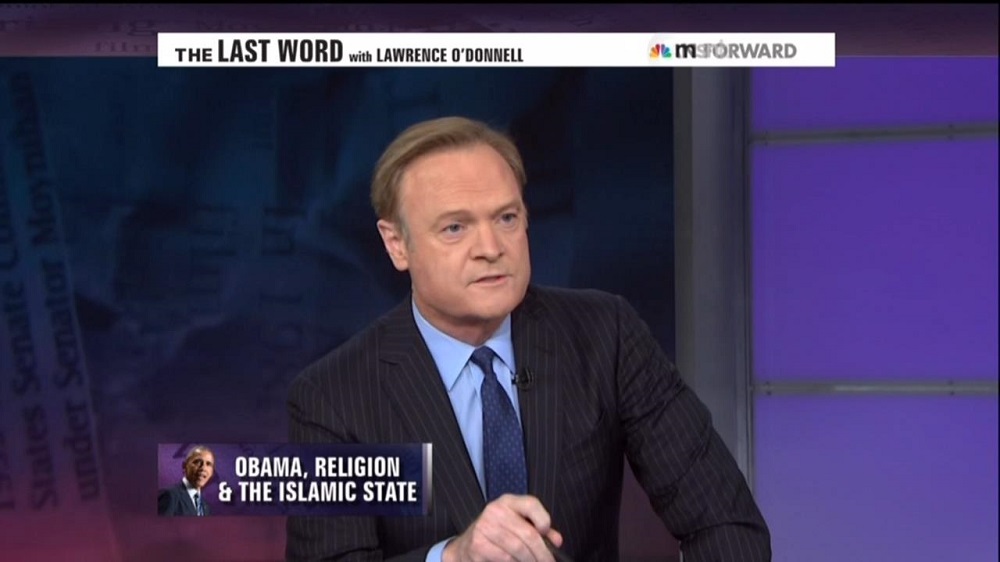 The left-wing host led the segment by mocking the breakfast as "the place where presidents go to pander to leaders of organized religions once a year." He continued by slamming the Democrat's address:

LAWRENCE O'DONNELL: If you ever want to search for the worst speeches given by a modern president, begin with the National Prayer Breakfast – the first of which was attended by President Eisenhower in 1953. President Obama, who is the most gifted writer and speaker in the history of the American presidency, today delivered the worst speech of his presidency. It was full of hollow pandering from start to finish, as politicians' speeches to religious groups always are.

O'Donnell then turned to two secularized Muslims – author Zainab Salbi and former Wall Street Journal journalist Asra Nomani – as well as atheist University of Chicago professor, Jerry Coyne, for their take on the President's speech. After making his beyond outlandish statement about Catholicism, the host further criticized the politician by underlining that "the President seems to be saying that he knows what real Islam is. He knows that there is such a thing as real Islam...and that he can tell you what it is. And that is a frequent mistake that people who have not been very highly educated in religion make – thinking that there is an identifiable, real version of any religion."

The MSNBC anchor continued this line of argument moments later as he turned to Professor Coyne:

O'DONNELL: Professor Coyne, within every religion, there are arguments about what the proper tenets of a religion should be. Most Catholics, as you know, in the United States of America support abortion rights, and support that as an individual choice made by women, whether they be Catholic or not. The Pope says that is absolutely wrong, and that teaching is rejected worldwide by Catholics, and it's accepted worldwide by Catholics. And there are many other arguments within Catholicism. You used to be excommunicated if you got a divorce in Catholicism. Now, Catholicism finds ways of fixing that for people

Religions move; they change. They have different sects – different dynamics. I would love to hear the President describe to us what true Judaism is. Is it Orthodox Judaism, or is it one of those temples where they have a female rabbi? This is just an amazing mistake that the President's speechwriters, and the President could make today – the notion that this president or anyone can specifically tell us what is real Islam or the real version of any other religion. We're going to have – we even have disagreements with two followers of Islam right here on this show about what is real Islam.

The atheist guest, who once blasted the Catholic Church for its "medieval morality" of condemning abortion, answer by repeating one of his points from a September 2014 piece from the New Republic – that ISIS's practice of Islam is as "true" as the supposed practice of Christianity by the Inquisition and the atrocities by the Israelites in the Old Testament:

JERRY COYNE, UNIVERSITY OF CHICAGO: Yeah, absolutely – and you are absolutely right with this. This is no true version of Islam that you can put your finger on. If you want to be legalistic about it, you can say well, it's – the true religions are what's in the scripture. And, in that case, Christianity – even though you have to reach back to find committing things like the Inquisition, even Christianity has an Old Testament that explicitly sanctions and approves of terrorism; of terrorism of innocents; of adultery; of rape; of genocide. How do Christians write that off as not being true Christianity when it's in the Old Testament – black and white?...

Professor Coyne made the same point earlier in the segment as the guests made their initial reactions to the President's speech:

ZAINAB SALBI, WOMEN FOR WOMEN INTL.: I wouldn't call it a (sic) worst speech at all. I would call it a measured one; a thoughtful one; and someone – a speech that knows what Islam is going through – an identity crisis; a historical moment in its implosion within itself. And all religion has gone through this, and this is now Islam's time, and there's a lot of work to do be done. But I would call it a wise speech, as a matter of fact.

O'DONNELL: Asra, what was your reaction to it?

ASRA NOMANI, JOURNALIST: It really breaks my heart to hear the words that President Obama said today. You know, with all due respect, I think that it's President Obama that needs to get off the high horse, and he needs to put his feet, plant – and plant them firmly on the ground, and acknowledge that there is a very serious interpretation of Islam in the world that is wreaking havoc on all of us. And we have to take it on, and be honest about what the problem is in our world today.

JERRY COYNE, UNIVERSITY OF CHICAGO: I agree with the last speaker. Obama is slowly coming around to the realization that it isn't just terrorism involved here, but it's motivated by religion. He continues to say that faith does not justify the massacre of innocents, when, in fact, the Bible says exactly that in the Old Testament; and the Islamic faith – at least, this particular Sunni sect, says that. When he finally admits that this is a religiously-motivated horror, then I'll approve of what he says.