Promising, "A look at Israeli Prime Minister Benjamin Netanyahu's household expenses, deemed an 'inappropriate' use of taxpayers' money in a recent audit," NBC News is promoting a campaign-ad-style video on its Facebook page.

While the expense scandal is in and of itself a legitimate news story, it's arguably hardly of much interest to domestic American audiences. That, coupled with the network's well-documented disdain for Netanyahu -- which well precedes the Boehner invite, by the way -- and you have to admit it seems this video is more about providing cover fire for President Obama and the Democrats than reporting a legitimate news story. 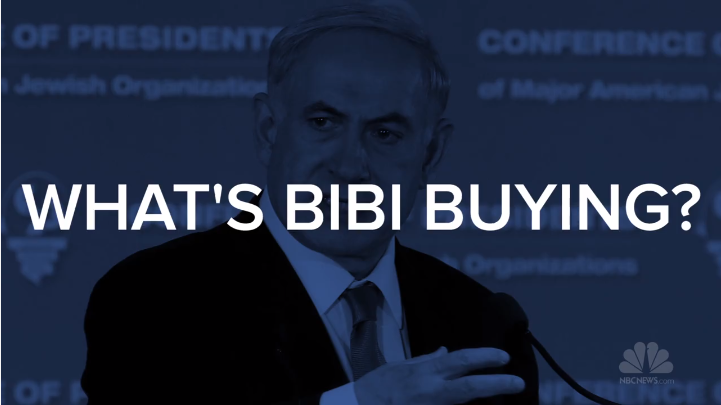