MSNBC's Matthews Fails to Mention Obama Skeptical of Vaccines in 2008

MSNBC host Chris Matthews took Sen. Rand Paul (R-Ky.) and Gov. Chris Christie (R-N.J.) to task on his February 2 Hardball program for statements which he argued gave succor to so-called anti-vaxxers, parents who refuse to vaccinate their children out of unfounded or overblown safety concerns. Matthews suggested both politicians were cynically angling for anti-vaxxer votes in the 2016 primaries at the cost of public health.

By contrast, Matthews hailed President Obama for telling NBC's Savannah Guthrie in a weekend interview that "the science is, you know, pretty indisputable.... There is every reason to get vaccinated, there aren't reasons to not get vaccinated."

For his part, MSNBC contributor Howard Dean, a medical doctor and former presidential candidate, agreed with Matthews's take (emphasis mine):

Of course, neither Matthews nor Dean made mention of how, in 2008, then-Sen. Barack Obama stated at a campaign event that the science on a vaccine link to autism was inconclusive. Take it away, Politico (emphasis mine):

President Barack Obama called the science behind vaccinations “indisputable” on Monday, but he was not always such a staunch believer in getting children vaccinated.

In 2008, as a senator and presidential candidate, Obama discussed the possible link between vaccines and autism.

“We’ve seen just a skyrocketing autism rate,” Obama said in April 2008 at a rally in Pennsylvania. “Some people are suspicious that it’s connected to the vaccines. This person included.”

(Shortly after the comments, Obama campaign spokesman Tommy Vietor supplied a video showing that Obama had pointed to a member of the audience when he said “this person included.”)

Obama continued, “The science is right now inconclusive, but we have to research it.”

The purported vaccine-autism link has sparked an anti-vaccination movement across the U.S. for years. So-called anti-vaxxers believe that ingredients in vaccines, such as thimerosal, cause autism in children — and their suspicions have spilled over into other types of diseases.

Dean did, however, admit that he's met plenty of lefties who are skeptical of vaccinating their children:

In fairness, it's not just the right, there's also some people on the left who believe this, often in sort of higher-income groups, that there's sort of an entitlement not to do this, and I understand where it comes from. 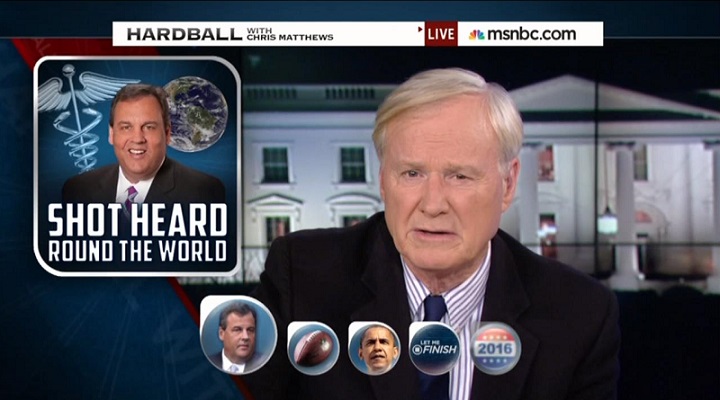