MSNBC.com today portrayed supermodel Chrissy Teigen as the victim of "cyberbullying" by virtue of the backlash she received on Twitter for a tweet in which she exploited the terroristic murder of Canadian armed forces Cpl. Nathan Cirillo to complain about guns in America. 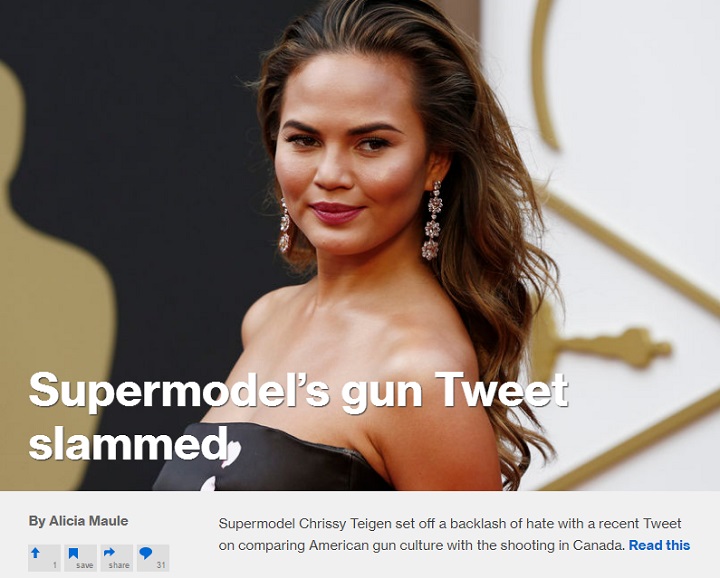 Bemoaning the "backlash of hate and vitriol" Ms. Teigen received, MSNBC.com writer Alicia Maule tied in this incident with former White House intern and Bill Clinton paramour Monica Lewinsky's insistence earlier this week that she was "patient zero" in the epidemic of "cyberbullying."

While ad hominem attacks, hateful comments, and threats of violence are unacceptable and worthy of condemnation, it seems a bit melodramatic to argue that Ms. Teigen, a very public figure, is a victim of cyberbullying. Teigen simply held forth on Twitter to make a political comment and got pushback for it. That is the nature of political discourse in social media, and far different from some anonymous kid in a high school somewhere in America being persistently and mercilessly harassed and bullied online by classmates.

Of course, if this is the standard MSNBC wishes to have, we eagerly await its complaints of cyberbullying the next time a conservative celebrity receives wave after wave of social media vitriol for expressing an opinion that is anathema to the Left.