Shielding the Dems: WashPost Buries Md. Tax Shortfall on B3

Deeply liberal Maryland -- where they tax, I kid you not, the rain -- has announced a tax revenue shortfall of $405 million. This news arrives in the middle of a gubernatorial election year and following years of tax hikes and casino openings which the state's Democratic establishment promised would solve the state's fiscal woes.

So naturally the Washington Post shielded Democratic gubernatorial nominee Lt. Gov. Anthony Brown by burying the development at the bottom of page B3 of Thursday's Metro section in a story headlined, "Tax revenue forecasts are cut by $405 million":

Maryland officials on Wednesday lowered projections of state tax revenue for this year and next by a combined $405 million, blaming an economy that is still recovering at a more sluggish pace than expected.

The action will require no immediate cuts in the state’s $16 billion general-fund budget, and Maryland remains in better fiscal health than most other states in the region, including Virginia, which announced a $2.4 billion shortfall in August.

But some Maryland leaders warned that they could face more challenging budget choices ahead if job growth does not pick up. The largest revenue write-down Wednesday was for personal income-tax projections. 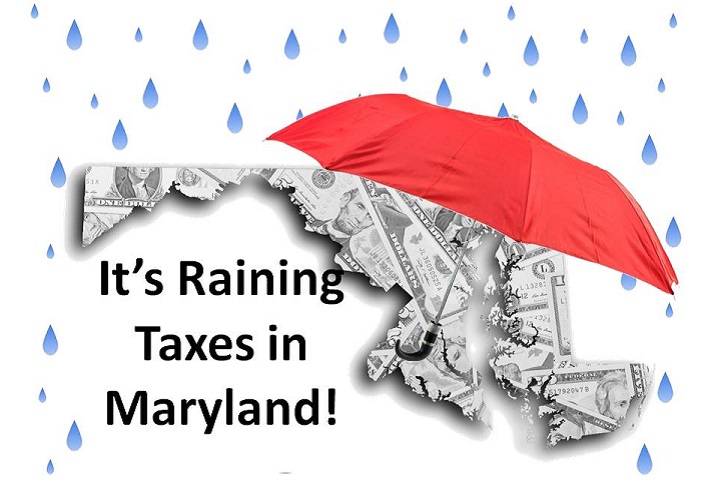 As a lifelong Marylander, I can tell you that's code for "we may want to raise taxes, but we'll wait until after the election is over to say that."

Of course, staff writer John Wagner waited until the 13th paragraph of his 16-paragraph story to get to the political dimension of the development. Of course he then closed by giving a Brown spokesman the last word and the chance to throw in a counter charge, that Republican nominee Larry Hogan was "root[ing] for bad economic news to further his own political career."

Post editors did place a governor's campaign story on the front page of today's Metro section, below the fold and headlined, "Few risks are taken in Md. governor's race." "Brown seems content to protect lead; Hogan avoids hot-button issues," noted the subhead. Staff writer Jenna Johnson then explored how the Democratic nominee was basically lying low and hoping to coast to election in a solidly Democratic state while the Republican Larry Hogan was hoping to avoid giving Democrats an opening to skewer him on specific policy proposals.

All in all, however, the Post has seemingly paid little attention to this year's governor's race and, as we've documented, when they do, it's almost always with a view of shielding Anthony Brown from bad news if not outright cheerleading his campaign.

Note: "It's Raining Taxes" graphic above via the Md. House Republican Caucus website. I thought this was an amusing graphic which illustrates the objections Md. Republicans raise to the tax-and-spend ways of the state's reigning Democratic apparatus. Our use of the graphic is not an endorsement of the Maryland GOP.