While media have questioned Pope Francis’ political ideology, here’s one thing he won’t do: accept a communist crucifix. 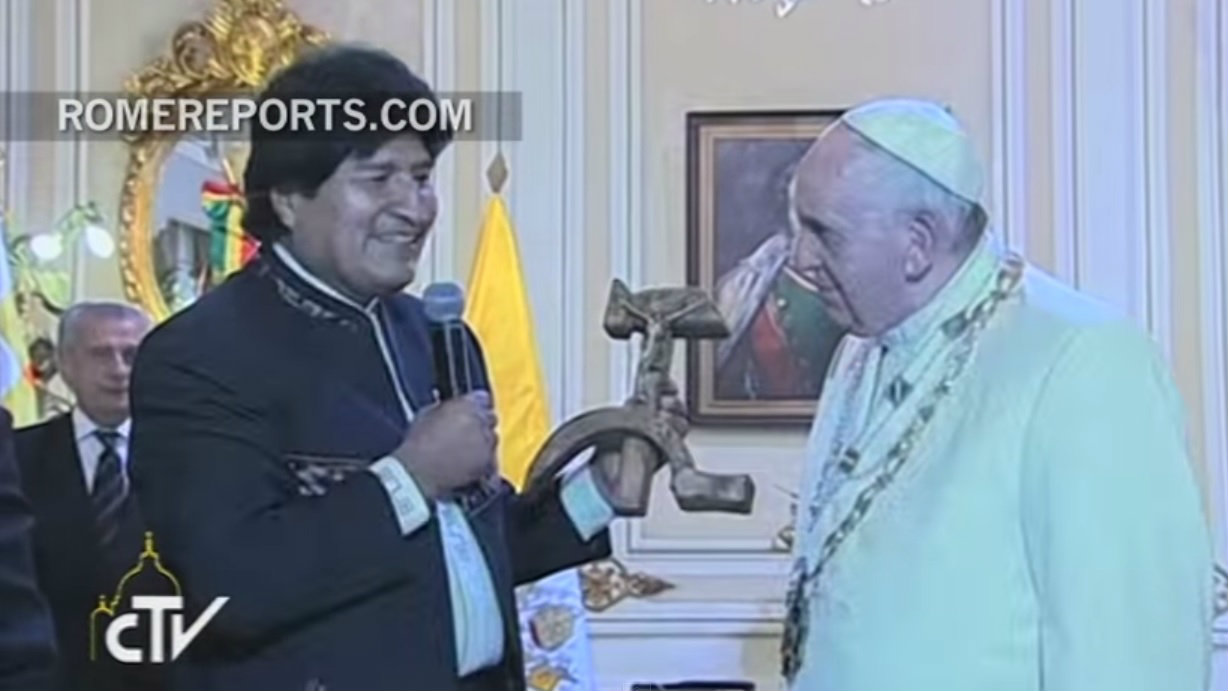 Shortly after arriving in Bolivia, in the presidential palace, President Evo Morales handed Pope Francis a gift: a crucifix carved in the shape of a hammer and sickle.

“The Pope was not amused, and he let the president know about it,” Rome Reports wrote.

According to the Wall Street Journal, President Morales also "draped a medallion over [the pope's] neck that bore the hammer and sickle." A longer video appeared to show that:

The crucifix resembled the cross of Fr. Luís Espinal, a Spanish Jesuit who was tortured and killed by Bolivia's paramilitary squads in 1980. During his time in Bolivia, Pope Francis blessed a memorial for the priest.

When President Morales took office in 2006, he removed both the Bible and cross from the presidential palace, according to International Business Times.

While news media including the Wall Street Journal and AP acknowledged the gift, they have not noted Pope Francis’ reaction.

UPDATE: AP reported that the Vatican spokesman, the Rev. Federico Lombardi, said Pope Francis didn't know the history behind the crucifix and that he was suprised to receive it. Rev. Lombardi admitted, according to AP, "it wasn't known what the pope had said."

UPDATE: On Monday, AP reported that, "Pope Francis says he wasn't offended." "During a news conference en route home to Rome on Sunday," the report read, "Francis said he interpreted Morales' gift through the prism of Espinal's Marxist bent and viewed it as protest art."