The things liberals spend time and energy on … The Huffington Post has a new mission: to fight media bias through clitoris education. 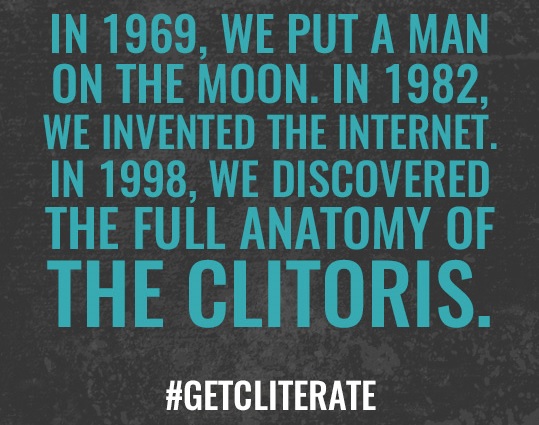 Front and center on the site’s first page, the project compares the discovery of the clitoris to other advances in American history.

In the introduction, Kolodny and Genuske defended their decision to tell “the overdue and under-told story of the clitoris.”

“From ancient history to the modern day, the clitoris has been discredited, dismissed and deleted,” they argued. “Now, an underground art movement led by artist Sophia Wallace is emerging across the globe to challenge the lies, question the myths and rewrite the rules around sex and the female body.”

Wallace, their role-model, inspired the HuffPo project by creating Cliteracy, “an art project that fuses street art, textiles and typography with the goal of educating a largely ‘ilcliterate’ culture.”

Looking at how the clitoris is viewed by culture, the authors bashed sex education as well as the media – although some got it right. “Sex educator” Dan Savage, on The Colbert Report, talked about the clitoris, they highlighted, while 50 Shades of Gray mentioned the clitoris 10 times.

The clitoris should be revered like the penis, the authors furthermore argued.

The clitoris, the project boasted, “in its entirety is actually fairly equal in size to the penis” and even “has twice as many nerve endings as a penis.”

To offer clitoris-positive media, the project included numerous videos entitled “Clit vs. Penis: A Rap Battle” and “The A-B-C’s of the C-L-I-T.”

On May 19, HuffPost Live featured a segment on the “project bust[ing] through taboos to help the common man (or woman) #GetCliterate,” with moderator Nancy Redd. 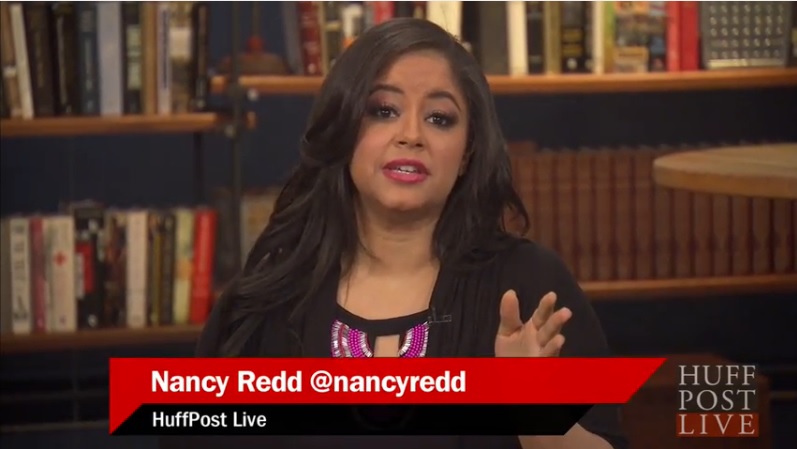 “I am so excited about this,” Redd began.

Besides crediting Wallace for her project, Kolodny pointed to female genital mutilation abroad.

“We can’t get upset or really understand what it means to have [the clitoris] removed,” she said, “because we don’t have a basic understanding of it ourselves.”

Hmm. Lots of people are upset about female genital mutilation. They just don’t happen to be sex-obsessed liberals.

Because the clitoris is “censored,” Wallace argued, “little girls probably know a lot more about their bodies and their sexuality before sex education.”

“The first time that we’re ‘caught’ with our hands between our legs, we’re told ‘no’,” she complained, that’s “wrong” and “yucky.”

She offered an alternative. 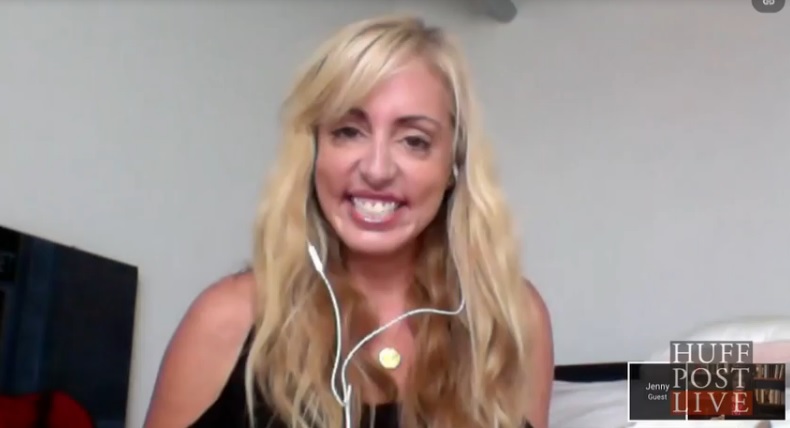 “Instead, we should just be told ‘save that for the privacy of your own room,” she began. “And if that’s what we were told, if we were told ‘Hey that feels nice, doesn’t it? That’s part of your body, and your body belongs to you and you’re welcome to do that, but it’s a private thing, at least until you have a grown-up adult sex consensual partner one day,’ we can give them appropriate information, we just choose not to.”

“Part of being a citizen in the world is having access to bodily integrity,” she said, “and the full range of your experiences in your body which includes pleasure.”

To enlighten listeners, Redd asked Block to describe “ways that partners can properly manipulate the clitoris in a way that behooves it best” – which she did.

To wrap up the segment, Redd joked about starting a “clit clique.”

“We all need to represent for the clit,” Wallace chimed in.

Pointing to the “Penis vs. Clitoris” video, Kolodny concluded, “The clitoris isn’t mentioned in culture, so let’s just make some awesome culture of our own.”

The project won the support of the feminist media, including The Guardian’s Jessica Valenti and Cosmo’s Jill Filipovic.