In volatile, uncertain moments like the rioting in Baltimore, most people inevitably say to themselves, “I wonder what that guy from Grey’s Anatomy thinks of all this” or, “I bet my favorite hip hop star has a thoughtful take on what’s happening.”

Well, no, they don’t. But that rarely stops celebrities from sharing anyway.

Since 25-year-old Freddie Gray’s funeral on April 27, certain celebrities have taken to Twitter to sympathize with the rioters. From Jesse Williams (Grey’s Anatomy) and Penn Badgley (Gossip Girl) to hip hop artist Talib Kweli Greene, big names are blaming “police brutality” and “oppression” for the riots – to their collective audience of millions.

To his 969,000 followers, actor Jesse Williams posted a flurry of tweets on Baltimore including: 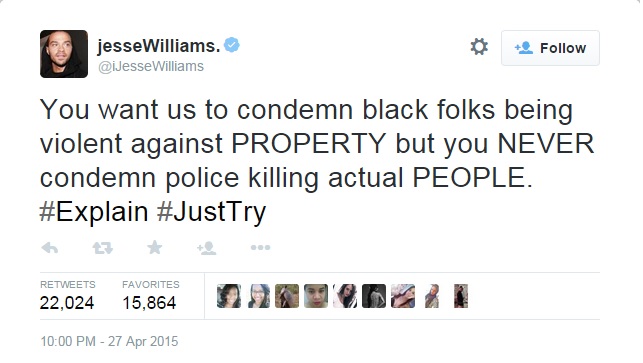 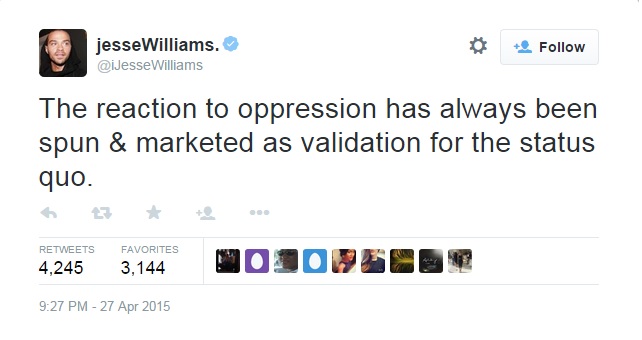 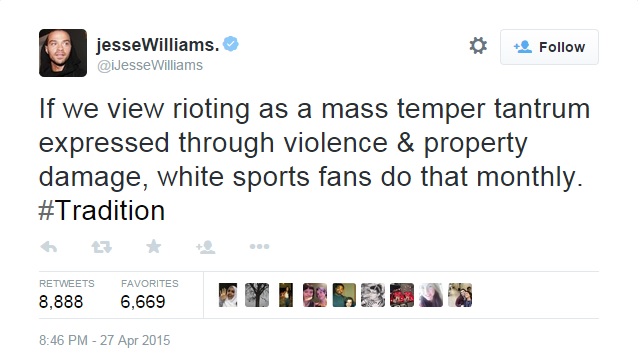 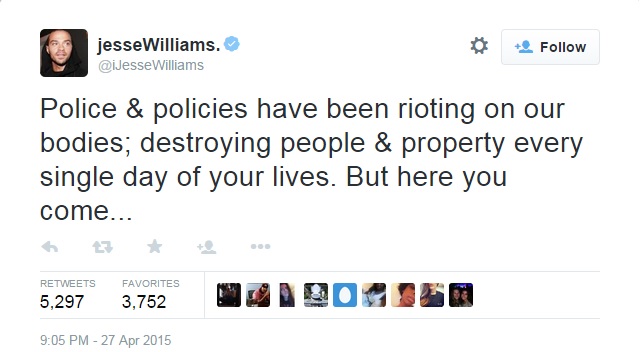 “What is happening in Baltimore,” McCreary wrote, “takes place when people who are dehumanized disrespected deprived and disowned simply cannot take it anymore.”

Hip hop recording artist Talib Kweli Greene also chimed in about the “killer cops” to his Twitter audience of one million: 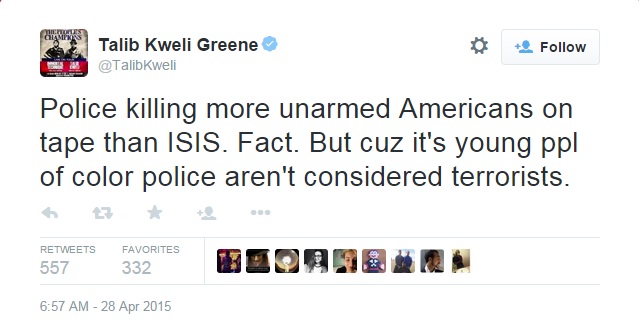 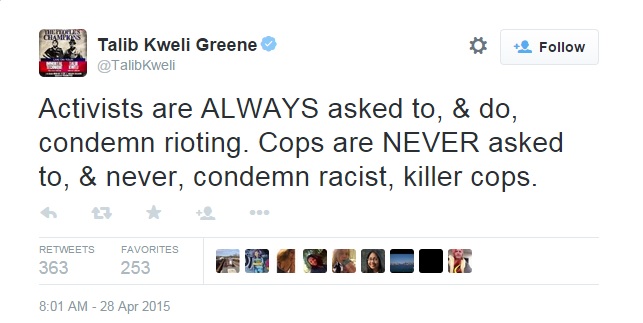 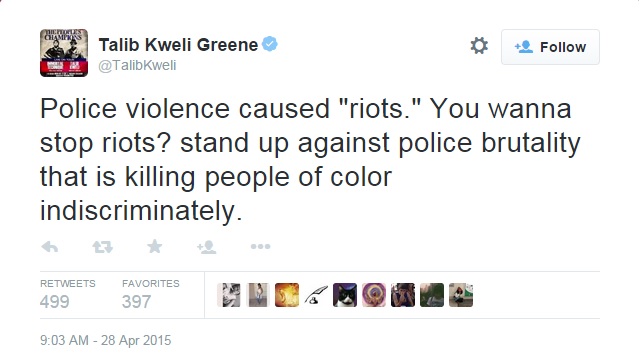 “I want to hear how Hilary Clinton feels about what's going on in Baltimore and around the nation regarding Police brutality” he tweeted.

Some of Banner’s other anti-police tweets to his 641,000 followers: 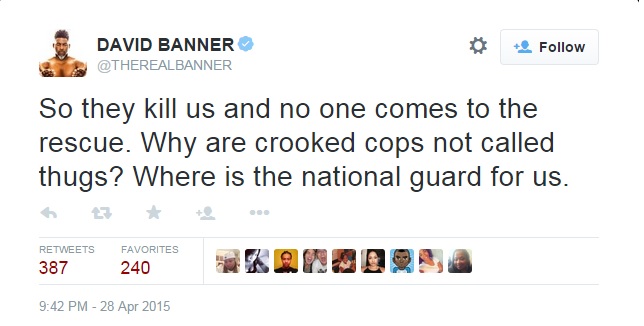 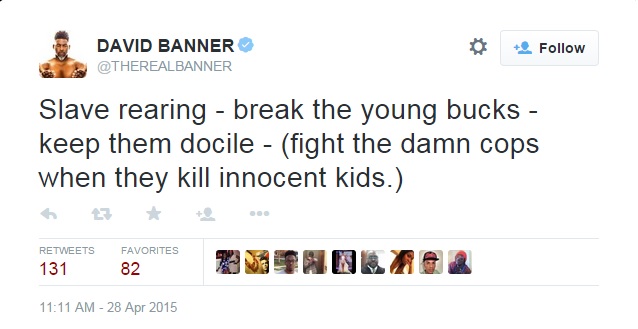 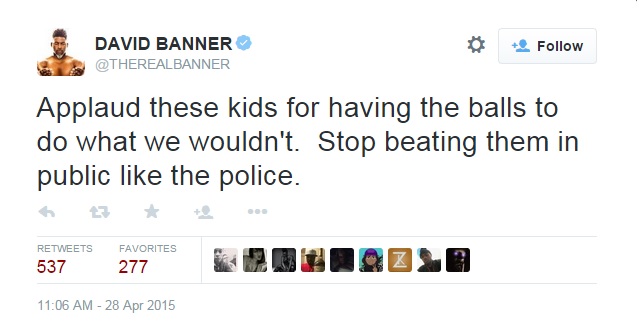 On April 19, the day of Gray’s death, actor Penn Badgley similarly tweeted that “An instance of police brutality is the final blow in a longer struggle. Myriad forms of oppression wage war on an individual for a lifetime.”

Again incorporating “police brutality,” rapper Freddie Gibbs wrote, “I lost one of my best friends to police brutality in 2006” but urged “Baltimore I respect it, 100%. Just do it peacefully, we don't need an excuse for them to kill another one of us. #FreddyGray.” That plea apparently went unheeded.

Russell Simmons, cofounder of hip-hop music label Def Jam, had more success, since he urged Baltimore law enforcement to “PLS show constraint + be peaceful.” But he added that he was discussing “police brutality” in the MSNBC studios.

Limiting himself to one tweet on the topic, rapper YG acknowleged, “Baltimore doing what they suppose 2 be doing.”

A bit more indirect in his message, singer John Legend tweeted out an article published by The Atlantic’s entitled, “Nonviolence as Compliance in Baltimore.”

Imitating the celebrities, media hosts also picked certain language when discussing Baltimore, from CNN’s Marc Lamont Hill arguing “this is not a riot” but “uprisings” against “police terrorism” to MSNBC’s Rachel Maddow declaring that Baltimore police were “a little out of control.”