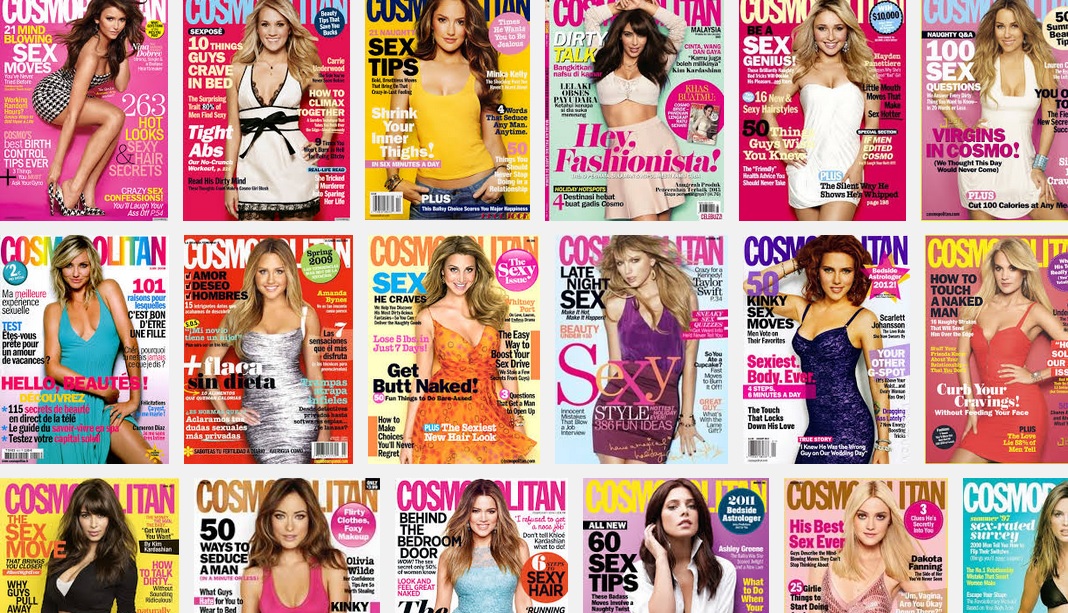 Is Cosmo the new Playgirl?

Victoria Hearst, granddaughter of the late William Randolph Hearst of Hearst Corporation, criticized her family’s publication of Cosmopolitan at a Washington, D.C. press conference on April 22.

At the event, both Hearst and National Center on Sexual Exploitation head Dawn Hawkins spoke with MRC Culture about the launch of their “Cosmo Harms Minors” campaign to protect minors from “pornographic” material – and demanded that the magazine “be responsible and label it adult material” like Playboy.

Women’s magazine Cosmopolitan “target[s] young girls to expand their audience and increase profits,” a press release announcing the event read, with a “pornographic ‘how-to’ sex guide encouraging readers to engage in violent and dangerous sexual acts in every issue.”

In an interview with MRC Culture, Hearst pointed to Cosmo’s “sexual positions” as the magazine’s most offensive content for minors.

“[I]t's like really?” she commented. “These women [employees] at Cosmo spend their like 24 hours a day thinking about sex evidently. This is their whole life.”

Hearst stressed that even Playboy beats Cosmo when it comes to standards.

“[I]t's not like Playboy where it's just legitimate articles, and then ‘Here's naked Susie,’” she began. “This [Cosmo magazine] is 'act this way, dress this way, go hookup with strange men, go try this in public, go do that, go do this.'”

“Playboy is just, 'Hey look at the picture.' This [Cosmo magazine] is a lifestyle that you should pursue, and agree with, and act out” to be, as it says, “a ‘fun, fearless female.’”

Cosmopolitan, indeed a self-described “bible for fun, fearless females,” sends that message to more than 18 million readers a month and is ubiquitous at supermarket checkout lines.

Hearst’s campaign demands that the magazine be placed behind blinders or in opaque wrappers – and not sold to minors.

“I don't have any power to keep Hearst [Corporation] from printing it,” Hearst said. Her message about Cosmo’s “pornography,” she said, is that “[L]ike Playboy and Penthouse, be responsible and label it adult material so that kids cannot pick it up next to the TV Guide and the gum and the candy at the cashier in Walmart.”

The event released results from a 2015 nationwide survey about Cosmo. Among other findings, the survey conducted by Wilson, Perkins, Allen Opinion Research, revealed 67% said Cosmos’ cover was “not appropriate for viewers of all ages” and 55 percent of shoppers thought Cosmo “should be removed from view of children.”

While Cosmo’s self-described demographic begins at 18-years-old, Hearst said there’s no way for Cosmo to know how many kids purchase it at the check-out counter.

“[I]f it's already an adult magazine, then why don't you just label it adult material,” she challenged, “unless you know bloody darn well that underage kids are buying it, and you want the cash?”

To fight Cosmo’s targeting of minors, Hearst recommended people “look up Material Harmful to Minors laws in their state” and hold their communities accountable.

“[W]e know that some of these behaviors, especially in young women or youth, lead to depression, to low self-esteem, to increased STI rates and a whole host of other harms,” she added.

She also addressed how freedom of speech played into Cosmo’s function.

“[T]this kind of material, the increase and mainstreaming of pornography today,” she said, “is leading to increased sex trafficking, increased prostitution, increased victimization of children, increased child pornography.” As such, she said, “These things go beyond the freedom of speech argument.”

“We're at a public health crisis right now,” she concluded, “and we must do something to protect against that.”