A sneak peek of the play that will “show the truth the mainstream media is trying to hide” about the fatal Michael Brown shooting is coming to D.C.

Washington D.C. will host the first public reading of excerpts from Phelim McAleer’s Ferguson play on April 15 in a dramatization of the Michael Brown shooting. And invite-only event, the performance takes place at the Atlas Performing Arts Center on H Street and stars D.C. lawyers as Grand Jury attorneys. 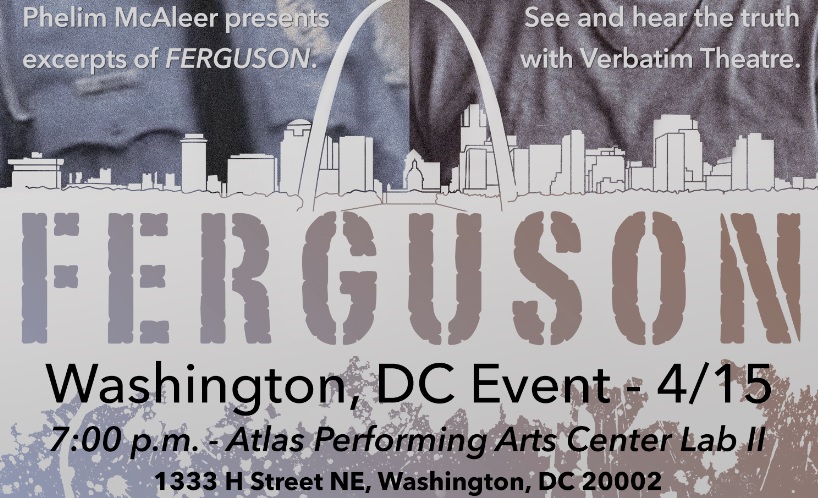 Written by documentary filmmaker Phelim McAleer staged by director Nick DeGruccio, Fergusondraws from grand-jury witness testimony to reveal the truth about the Ferguson, Mo. police shooting. The full play premieres on stage April 26 through 29 at the Odyssey Theatre in Los Angeles – and asks the audience to play jury.

Ferguson will appear in the “verbatim” or “truth” theater style. In other words, the audience will receive “unaltered testimony, exactly as the Ferguson grand jury heard it,” a previous press release read.

McAleer’s press release announcing the D.C. event billed Ferguson as “the play that will show the truth the mainstream media is trying to hide about the shooting death of Michael Brown.”

“Already the mainstream ‘critics,’ who want to peddle false narratives about Ferguson, are trying to shut the truth down,” the release read. “One so called ‘critic’ recently said there was ‘nothing to be gained’ from a play featuring the truth about Ferguson and warned that the event was ‘a danger.’”

“In other words,” McAleer continued, “he wants to stop the truth from getting out.”

McAleer plans to raise $93,000 for his play through crowdfunding site Indiegogo located at FergusonThePlay.com. “This is a story that deserves to be told,” McAleer wrote on Indiegogo, “[a]nd FERGUSON shows the audience something the media won't: The Truth.”