We can all relax and stop worrying what to think about Indiana’s Religious Freedom Restoration Act (RFRA). Rihanna has weighed in with all the thoughtful eloquence and sheer class we’ve come to expect from pop stars whose opinions we haven’t asked for. 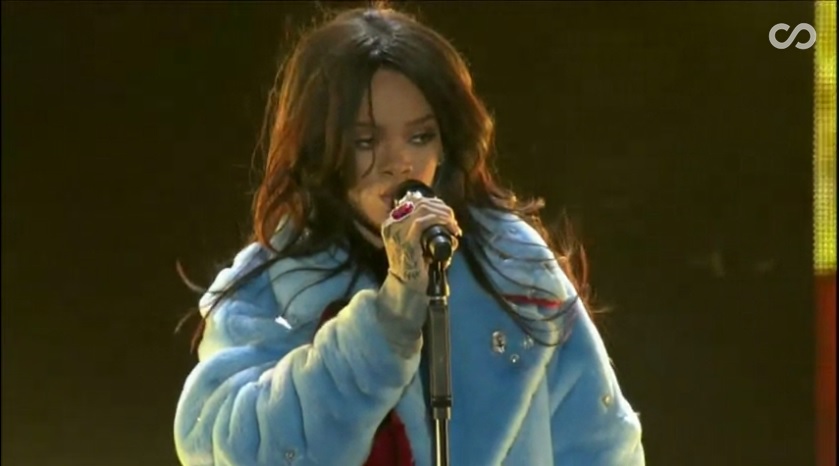 "Who's feeling these new bullshit laws that they're trying to pass over here?" the singer shouted into the mic during a performance at the Indianapolis March Madness Music Festival on April 4. "I say, ‘Fuck that shit.”

But it wasn’t enough for Rihanna herself to bash Indiana’s law – she needed the crowd to chant along with her.

“I wanna hear you say ‘fuck that shit,’” she continued, “because we're just living our motherfucking lives. Indiana!" After her audience complied, Rihanna began performing T.I.'s "Live Your Life."

A fan recorded Rihanna’s mantra and posted the video on Twitter:

“Although Rihanna's March Madness performance was live-streamed, her Indiana comments were heavily censored upon broadcast,” Rolling Stone reported (so it must be true!).

Not alone in Hollywood, Rihanna’s remarks added intellectual heft to comments made by celebrities like Miley Cyrus and George Takei – as well as jokes cracked by late-night comedians whining “Indiana’s gone nuts.”

During the same performance, Rihanna debuted her new song American Oxygen, singing about a “new America” in front of the American flag.