For a peek at the culture of death, look no further than taxpayer-funded PBS.

A recent PBS video report by NewsHour's Megan Thompson entitled “The Right to Die in Belgium” focused on “End Credits,” a 2013 Belgian documentary on the practice of euthanasia. In it, Thompson normalized the death of a woman known as “Eva” by using phrases like “die with dignity” and explaining that, in Belgium, “it can be part of a doctor's job to end a patient's life.”

To begin, Thompson introduced 34-year-old Eva, a Belgian woman who “seems at ease” before dying at the hands of Dr. Marc Van Hoey. At ease, that is, except for that she’s chronically depressed and suicidal, Thompson explained.

But while “It may sound shocking,” “euthanasia is quite accepted” in Belgium, Thompson continued.

She then played a clip of Eva as she reasoned, “The decision has been made. I am looking forward to the rest I have longed for, for so long.”

Besides being Eva’s doctor, Van Hoey is president of a Belgium “right-to-die” organization who “helped shape the country’s policy toward euthanasia.” He casually noted that he euthanized over 100 people in the past 12 years. “Only thing you have to write down is the name, the date and ‘I want Euthanasia,’ and signature,” he said.

“You talk about all of this very matter-of-factly,” Thompson remarked. Van Hoey replied that, “I'm quite used to talking about assisted dying and so on. It's part of my job.” 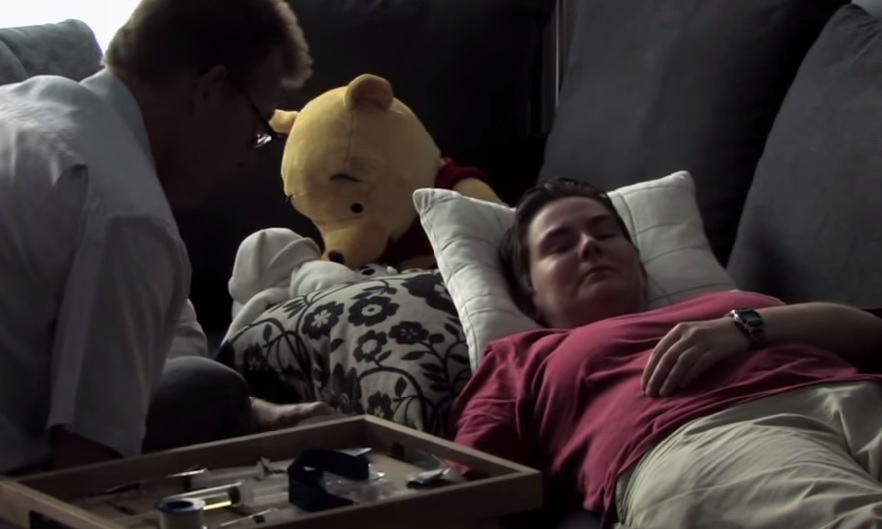 “That's right,” Thompson told viewers. “In Belgium, it can be part of a doctor's job to end a patient's life.” More than 1,800 were euthanatized in Belgium in 2013 – “an average of about 5 people a day,” according to Thompson.

For a contrast to Eva’s story, Thompson reported on cases challenging euthanasia law, such as that of Tom Mortier’s mother, Liefe. Mortier, represented by Alliance Defending Freedom, argued doctors should have consulted him before ending the life of his mother – who was depressed.

But Thompson pointed out, “Dr. Marc Van Hoey says only about 5 percent of his cases were psychiatric patients.” She probed Van Hoey, asking, “Can it be emotional for you? Are some cases harder than others?”

Thompson concluded her report by turning back to Eva, “the young woman convinced the only way to end her mental suffering was to end her life.” “Eva agreed to be filmed because she believed that people with chronic, incurable psychiatric illness can be helped to die with dignity,” Thompson said.

The video description on the PBS NewsHour reads:

Belgium has the world’s most liberal law on physician-assisted suicide, which is not just for the terminally ill. Patients with psychiatric conditions – and now, even children – can request euthanasia. Surveys in Belgium show overwhelming public support, and many doctors say it gives patients with constant and unbearable suffering a practical and humane way to die peacefully. But even in a country with a far-reaching acceptance, controversy still exists.

Celebrating death after birth is a sickening trend the media are now pursuing – especially after the recent hype over Brittany Maynard’s death.