Oh look, our betters at the New Yorker have found a way to trivialize a Christian holiday while warning us what happens if we don’t convert to their environmental religion. And it’s supposed to be funny, too! 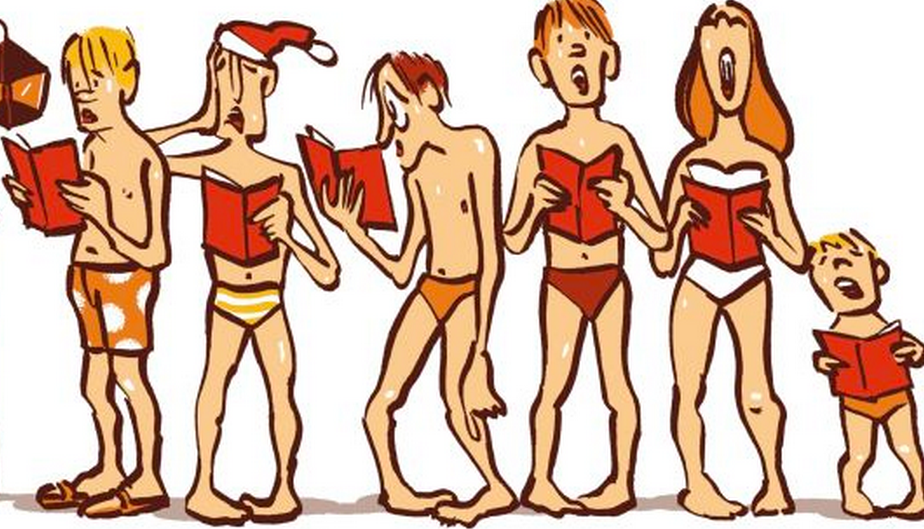 To support his “ingenuity,” The New Yorker included sound bites of carolers singing his newly re-written lyrics. The results are sidesplitting, we’re sure, on the Upper West Side. Elsewhere, not so much.

Although Kuperberg listed his version of “Silent Night” last, the song wasn’t the least – in despicable creativity. In the climate change world, “sleep in heavenly peace” turned into “uneasy peace” where singers resort to eating “Aunt Bernice:”

Silent Night! Endless night!
All is dark, there’s no light.Cyclone clouds have blocked out the sky,
We’re almost out of our dry-meat supply.
Sleep in uneasy peace.
We may have to eat Aunt Bernice.

With no more “White Christmases,” Kuperberg whined, “I’m dreaming of an ozone layer, just like the one I used to know.” And, with no more boughs of holly, he resorted to a new decking of halls:

While some humans may have survived the weather change, Kuperberg was certain that Frosty didn’t:

Frosty the Snowman, did you say his eyes were coal?
Can you pass that coal? We could use some coal.
Let us rob his grave for coal.

The “Christmas Tree” didn’t make it either:

But a “Winter Wonderland” existed – in California desert:

In Mojave, we can build a snowman,
And pretend that he is Mom or Dad.
He’ll say, “Did your parents escape the horrific flash floods?,” and we’ll say, “No, man. But you can be our new dad now.”

With climate change, “Chestnuts roasting on an open fire” included, “Cars and houses roasting, too.”

Other Kuperberg renditions included “The Dreidel Song” and “Let it Snow.”

When Kuperberg isn’t writing for the New Yorker, he films and writes for Amazon’s series “Transparent” – a media-beloved transgender comedy about a 70-year-old father of three who decides he’s a woman.

Kuperberg exemplifies how even the simplest of gestures – like live nativity scenes – challenge the media’s narrative of Christmas.