For a show so focused on rabid feminism, SNL hardly lived up to expectations last night.

On Oct. 4, comedian Sarah Silverman hosted Saturday Night Live. One of her projects -- a song with SNL's Kate McKinnon -- explained how "there are a lot more women out there than you think," from Marvel's female Thor character, to Bill Maher, to Jesus.

SNL's Michael Che introduced the song, saying, "This week Marvel comics debuted its latest character: a female version of Thor." "Here to comment," he continued, "is the feminist music duo 'Garage and Her.'" 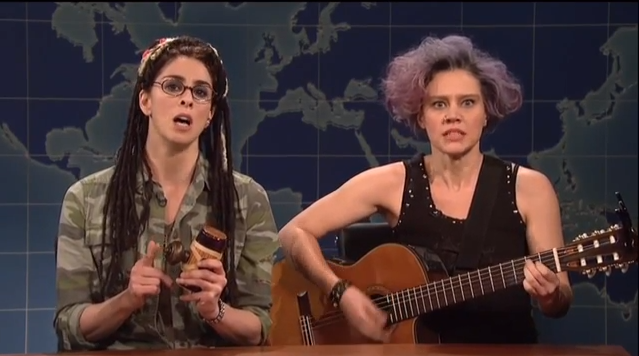 "Michael," McKinnon explained, "there are a lot more women out there than you think."

McKinnon and Silverman began their song together before alternating in the verses:

"A shoe can be a woman, the show 'Friends' is a woman, garbanzo bean's a woman, and San Diego, too."

"The brand of cat food that I buy is a strong, Christian woman. Milk is a mistress, and the Rubik's cube a queen."