Will Seth Rogen and Hollywood Make the Movie on the Sony Cave-In?

Will Seth Rogen step up and make the movie in which he is in fact the real-life star? Will George Clooney co-star and produce?

Does Amy Pascal, the Sony executive now reduced to groveling before the Throne of Sharpton, really have  -- Rogen’s description was “balls” -- to tell the whole clearly made-for-the movies tale of Sony’s gutless decision to pull the movie?

We will see. But don’t bet the rent that this film will ever be made.

Yesterday CNN released the news that the network had its hands on a follow-up threat to Sony from the so-called Guardians of Peace located in, according to the FBI, North Korea. CNN Money reported the story this way: 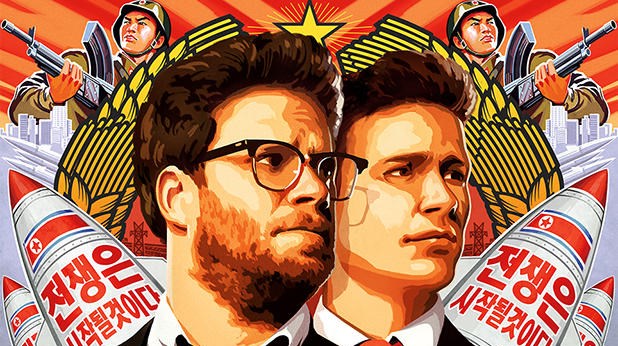 “The hacker message is effectively a victory lap, telling the studio, "Now we want you never let the movie released, distributed or leaked in any form of, for instance, DVD or piracy.”

The message also says, "And we want everything related to the movie, including its trailers, as well as its full version down from any website hosting them immediately."

It warns the studio executives that "we still have your private and sensitive data" and claims that they will "ensure the security of your data unless you make additional trouble."

The email was titled "Message from GOP." The anonymous hackers have called themselves "Guardians of Peace.”

So now that the North Koreans are taunting Sony and all of Hollywood, rubbing their face in this, isn’t it time for Rogen and all of Hollywood to pull together and stand up for the First Amendment?  For creative expression? Doing this by making the Sony counterpart of the Edward Snowden film being made by Oliver Stone? Sending a defiant response to North Korea and tyrants everywhere not just from Seth Rogen but the entire American film industry?

If ever there is a film that begs to be made -- with an entire industry that should be leaping to lend their talents -- it would be the story of Sony, Seth Rogen’s film and the terrorists of North Korea’s Communist dictatorship.

Or is it just those who reveal US government secrets that Hollywood choses for cinematic glory? The hypocrisy coming out of Hollywood is so thick it would take a chain saw to even make the first surface cut.

Seth Rogen is said to be fuming that his picture was pulled. The following six theater chains - Regal Entertainment, AMC Theatres, Cinemark, Carmike Cinemas, Cineplex Entertainment and Bow Tie Cinema - simply turned tail in the face of terrorism and ran. But it isn’t just the theaters who have been such utter cowards here.

Bloomberg has written up leaked e-mails that indicate even before the latest controversy the head of Sony, Kazuo Hirai, was pressuring Sony Pictures Entertainment Co-Chairman Amy Pascal to have a scene of Kim Jung Un’s exploding face removed from the picture. Rogen steamed what was blatantly evident and what has since been expressed by a wide variety of Hollywood stars. In the words of George Clooney, this was Sony being made to “give in to a ransom.”

Well, yes. But there is a problem here.

That would be the fantasy notion that everyone else is fair game except Hollywood. Everybody from George Clooney to famed Hollywood writer Aaron Sorkin have erupted over the invasion of privacy involved. The publication by all manner of media outlets of embarrassing e-mails, notably from Sony exec Pascal and producer Scott Rudin that have distinctly racial overtones has driven all these liberals around the bend, scaring them senseless.

But when it comes to, say, US government secrets? Oliver Stone is on the job with an as yet untitled film glorifying Edward Snowden, with Snowden already the subject of the documentary Citizenfour.  Steven Spielberg is on the job with The Fifth Estate, glamorizing Wikileaks founder Julian Assange and starring Hollywood’s latest heartthrob Benedict Cumberbatch. And don’t forget the 2003 TV movie starring James Spader as Daniel Ellsberg in The Pentagon Papers.

Perhaps a reminder is in order here that for better or worse the United States government  - the president and the Congress - are elected by the people of the United States. Bad decisions - and if one believes the NSA collection of data or the Pentagon Papers or all those other government secrets that were released by Bradley Manning are bad things -  are to be dealt with by elected representatives. Classified documents are not meant for wide release much less their leakers celebrated.

But if one doesn’t agree with this and decides to celebrate the leakers of government secrets as Hollywood has done over and over again, its safe to say that the message is received well out beyond the borders of Tinsel Town.  Hollywood’s sauce - and liberalism’s sauce - for the American government’s goose of secrets is sauce for the Hollywood gander of e-mails, film scripts and personal information.

Not only the fact of the Snowden/Assange/Ellsberg leaks but Hollywood’s decision to glorify the leakers as heroes has well established the principle for the less-than-scrupulous that anybody and everybody’s privacy can be violated. This has clearly come as a shock to Hollywood liberals. It’s other people’s secrets that are fair game - their e-mails, their data, their bank accounts. But…gasp! Not Hollywood’s!

To his credit, George Clooney has tried to rally a terrified Hollywood community to stand up for Sony by circulating a petition of support. To his amazement he got not a single person to sign on. Not one. Hollywood is literally terrified.

But notice these plaintive words in Clooney’s petition. Where he bewails the release of “Personal information including Social Security numbers, email addresses, home addresses, phone numbers and the full texts of emails of tens of thousands of Sony employees was leaked online in an effort to scare and terrorize these workers.” Is this a terrible thing? Yes. Absolutely yes.  But in fact this is merely the personal equivalent of government secrets - and Hollywood has had no compunction of setting the tone that those who reveal government secrets are to be celebrated. 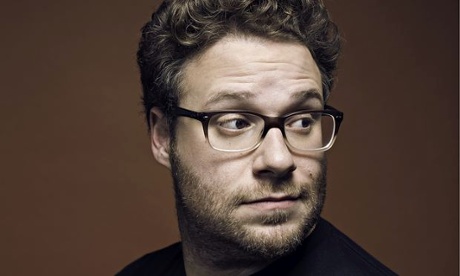 Back there a ways this year I wrote an article titled Seth Rogen and the Liberal Media’s Night of the Long Knives.  In which I made a stupid mistake. Alas my mistake - I mistook a parody tweet to be one from the real Seth Rogen - drew the star’s distinctly negative attention. The mistake was corrected. But in its own way it was a snapshot of what has just happened with Rogen and Sony.

Lost in that mini-kerfuffle with Rogen and my column was the point of the column. A defense of Rogen against an attack by Washington Post critic Ann Hornaday, who blamed Seth Rogen and director Judd Apatow for making the kind of movies that encouraged mass murderers like the then-in-the-headlines Eliot Rodger in Santa Barbara. Rogen tweeted (in a real Rogen tweet) his outrage of Hornaday’s article. I agreed with Rogen. And specifically ended the column by saying of Hornaday’s trashing of Rogen:

“What it means is that intimidation of Hollywood film makers - many of whom, like Rogen - doubtless consider themselves liberals in good standing - is only a mass shooting away. But it doesn’t have to be a mass shooting, of course. The offense has only to be something that some eager comrade out there like the Post’s Ann Hornaday considers to be insufficiently ideological true north.”

Now that intimidation of Hollywood filmmakers has happened. As it turns out the intimidation has come not in the form of a mass shooting but a North Korean dictator - a real “comrade” - directly targeting Sony, Seth Rogen and co-star James Franco. Not to mention all of Hollywood. According to press accounts both Rogen and Franco now have to have a security detail.

This isn’t funny stuff. For a rare once I agree with President Obama. Sony caved. And according to George Clooney, Hollywood is caving out of real fear that their secrets are about to come tumbling out of some cave in Pyongyang.  Rogen is said to be angry but his usual movie interviews have been canceled and Sony is in full retreat, as are those six theater chains.

If Edward Snowden, Julian Assange and Daniel Ellsberg’s stories are movie material - to say the least so now is Seth Rogen’s real life story of being confronted by a genuine terrorist. Three things should happen here. First, Sony needs to release this picture in some fashion. Free online or somewhere, somehow. ASAP.

Second?  Seth Rogen needs to start writing a new script telling this story for the screen - starring himself with James Franco and George Clooney as a co-stars. Not to mention every other Hollywood star who has  genuine guts, not the make-believe version, to stand up and be counted.

Third? Seventy-four years ago in 1940, Charlie Chaplain secured a unique place in the history of film by writing, starring, producing, directing and even scoring the film The Great Dictator. The film mocked Adolph Hitler. The public loved it. Interestingly, when the production was announced the British government - then headed by the appeasing Neville Chamberlain - said it would not permit the movie to be shown in the United Kingdom. By the time the movie was released Britain was at war with Hitler and Winston Churchill had replaced Chamberlain. The movie went everywhere in Britain and the crowds cheered.

And far from running from Charlie Chaplain - Hollywood showed its support by nominating The Great Dictator for five Academy Awards. In 1997 it was selected by the Library of Congress for U.S. National Film Registry as "culturally, historically or aesthetically significant.”

When it gets to Oscar time in 2015? Will Hollywood have the guts to honor The Interview?
Or will it run?