The Democratic Congressional Campaign Committee has taken a Rush Limbaugh discussion on sexual assault, deliberately lied about it, then turned it into a fundraising pitch with a blast e-mail. And oh yes: the DCCC, in yet another liberal assault on free speech, wants to pressure advertisers to drop Rush and take him off the air based on the lie, so a petition has been launched. 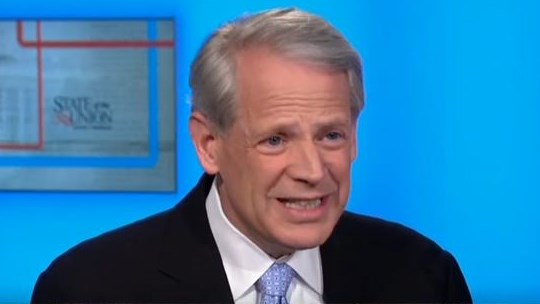 As if that were not bad enough? The head of the DCCC is New York Congressman Steve Israel. And Congressman Israel? He featured Bill Clinton at a recent DCCC fundraiser. The very man accused by Juanita Broaddrick of…rape. The man Kathleen Willey said “kissed her, groped her, and placed her hand on his genitals” when she went to the Oval Office to ask for a job. The man who agreed to pay Paula Jones $850,000 in an out-of-court settlement after Jones said then-Governor Clinton had “touched her, tried to kiss her and dropped his pants and asked for oral sex.”

We wrote about the curious disconnect between liberals on the subject of violence against women and their affection for Mr. Clinton, whom we described as “the Ray Rice of Presidents” last week in this space. But as they say, the plot thickens, with the DCCC moving the story forward this week by specifically lying about Rush Limbaugh in a simultaneous effort to remove him from the air while raising big bucks off his name and, not to be forgotten, raising money off the issue of rape. Nice.

Earlier this month, September 4th to be specific, Congressman Israel had Bill Clinton headline a DCCC fundraiser, as reported here in Politico.

This past week, Israel’s DCCC sent a fundraising pitch out that headlined:

During a rant on sexual assault, Rush Limbaugh asserted yesterday that sometimes “No means yes”

The pitch went on:

Since Rush Limbaugh’s disgusting comments on sexual assault came out, your response has been swift and powerful:

64,000 of you and counting have already called on Limbaugh’s sponsors to pull their ads from his radio show.

But we need to hit 1OO,OOO signatures to put real pressure on those companies to drop Rush once and for all.

A rape apologist does not deserve a national platform. Rush’s comments that sometimes “no means yes” are wrong and damaging to our national discourse.

Can you help us get Rush off the air by demanding his sponsors pull their ads??

What did Rush actually say? Here’s the video  and here’s the text:

"Consent must be freely given, can be withdrawn at any time, and the absence of 'no' does not mean 'yes.'" How many of you guys, in your own experience with women, have learned that "no" means "yes" if you know how to spot it? Let me tell you something. In this modern world, that is simply not tolerated. People aren't even gonna try to understand that one. I mean, it used to be said it was a cliche. It used to be part of the advice young boys were given.   See, that's what we gotta change. We have got to reprogram the way we raise men. Why do you think permission every step of the way, clearly spelling out "why"... are all of these not lawsuits just waiting to happen if even one of these steps is not taken?

The first problem for the DCCC? The fact that Rush has millions of listeners who, yes, actually listen to what he says, understood his context. To deliberately lie, to try and tell millions of Americans who listen to Rush five days a week -- and have done so for over two decades -- that Rush said X when they clearly heard him say the opposite and there’s always video and audio to prove the point- is one of the more breathtakingly foolish lies a political group could make. Rush’s audience knows their man, and they also know his enemies.

Compounding this idiocy of lying about Rush is the way Congressman Israel has now marched himself and the DCCC all the way out there on the issue of sexual assault - rape. Notice the tag line Israel used in his DCCC fundraising pitch? This line: “A rape apologist does not deserve a national platform.”

So how does this square with the DCCC’s headlining Clinton as a DCCC fundraiser?I contacted DCCC press secretary Emily Bittner via the DCCC e-mail address (two of them) to ask the following:

“Congressman Israel has recently made news with his attack on Rush Limbaugh for his comments on sexual assault. Recently former President Clinton headlined a DCCC fundraiser. Mr. Clinton, as you surely recall, was accused by Juanita Broaddrick of a violent assault and rape. Ms. Broaddrick told Lisa Myers of NBC:

“I first pushed him away and just told him ‘No, please don’t do that….Then he tries to kiss me again. And the second time he tries to kiss me he starts biting my lip (she cries). Just a minute... He starts to, um, bite on my top lip and I tried to pull away from him. (crying) And then he forces me down on the bed. And I just was very frightened, and I tried to get away from him and I told him ‘No,’ that I didn’t want this to happen (crying) but he wouldn’t listen to me. …I told him ‘Please don’t.’ He was such a different person at that moment, he was just a vicious awful person…..it was a real panicky, panicky situation. I was even to the point where I was getting very noisy, you know, yelling to "Please stop." And that’s when he pressed down on my right shoulder and he would bite my lip….When everything was over with, he got up and straightened himself, and I was crying at the moment and he walks to the door, and calmly puts on his sunglasses. And before he goes out the door he says "You better get some ice on that." And he turned and went out the door.”

This is in addition to the $850,000 paid to Paula Jones and the allegations of groping from Kathleen Willey.

There seems to be a considerable disconnect with the Congressman’s language and his actions. Well aside from misrepresenting Mr. Limbaugh’s comments, quite deliberately taking them out of context, the Congressman and the DCCC have sought out a man accused of a violent sexual assault and more and made him the star fundraiser of the DCCC. My questions:

Will Congressman Israel be taking the money raised at the Clinton fundraiser and donating the proceeds to facilities that deal with violence against women? If not, why not?

As of deadline time, the DCCC was suddenly and strangely silent. Maybe they don’t check the e-mail addresses they provide. Or maybe they just hoped if they ignored the issue that they themselves raised it would go away.

But their actions have not gone unnoticed. Over at Politico, Dylan Byers noted:

What irked more than a few of our readers was the fact that the DCCC appeared to be fundraising off the serious problem of sexual abuse. The email, from DCCC Chairman Steve Israel, directed recipients to a form that they were required to fill out their email address and had the option of supplying their ZIP Code. After giving their information to the DCCC, they were redirected to ActBlue and asked for a donation, preferably recurring weekly. The Democratic Senatorial Campaign Committee sent out a similar email.

Put another way, the DCCC apparently sees rape as nothing more than a fundraising tool. They’re against it if it helps raise the bucks by manufacturing a lie about Rush Limbaugh. But when it comes to headlining someone actually accused by three separate women of sexual assault? One of whom made a specific, detailed allegation of rape? Then the DCCC smoothly slips into the role of -- in Steve Israel’s words -- a “rape apologist.” Hey, after all, it’s only that ole horn dog Bill raising their big bucks and after all, it’s not like he plays in the NFL.

Will the DCCC apologize to Rush Limbaugh for lying about him to make money off the rape issue? You’re kidding, right? Not a prayer. But in fact the DCCC should be able to at least summon the courage to apologize to the victims of sexual assault - beginning with three specific women named Juanita, Paula and Kathleen. And when they’re done with that? Congressman Israel should march himself to the nearest shelter for victims of violence against women and give them a fat check for the proceeds raised at that September 4th Clinton/DCCC fundraiser and say simply: “I made a mistake. I got it wrong. I’m sorry.”

Will that happen? Don’t hold your breath. Congressman Israel is no Roger Goodell.