MSNBC Host: Suspend Coverage of Men's Sports to Be Fair to Women Athletes

Heck, who'd miss the Super Bowl anyway? And the World Series too for that matter.

Never let it be said that MSNBC's Melissa Harris-Perry is unwilling to float provocative ideas, regardless of whether doing so confirms suspicions that she harbors a Maoist within that's raging to get out.


On her weekend show yesterday, Harris-Perry was talking with Briana Scurry, former member of the U.S. women's national soccer team, about disparities in compensation between male and female pro athletes when she made a suggestion that was infantile even by MSNBC standards --

HARRIS-PERRY: The women's World Cup has arrived, kicking off to much fanfare yesterday in Edmonton and with Team USA ranking at number two, some are speculating that U.S. women are favored to end their 16-year World Cup drought. Many are hoping something else will end as well -- a perceived culture of gender inequality within the sport. U.S. club teams pay women between $6,000 and $30,000 per 20-week season but men pull in an average salary of more than $200,000 and can earn up to $7 million.

BBC Sport study into prize money found 30 percent of sports reward men more highly than women. Football -- or as we call it, soccer -- was among the sports that had the biggest disparities in prize money.

The study cited by Harris-Perry, perhaps because it was done from a British perspective, somehow missed citing the worst offenders of all -- the four major professional sports leagues in the United States. Last I checked, men received 100 percent of compensation for competing in Major League Baseball, the National Football League, National Basketball Association and National Hockey League. Clearly legislation is needed to remedy this before it gets much worse.

HARRIS-PERRY: During the break I was trying to think up a solution to the problem of building audience (for women athletes), so my solution is in 2016 we go completely dark on all media coverage of men's sports, just for one year. We have the only televised sports, the only print sports, it's only women's sports, and we'll just see whether or not women could get a fan base if in fact they were the people who were constantly on our televisions and in our newspapers.

SCURRY (after tentative pause): I'm not so sure, um, the major sponsors would want to agree with that whole plan ...

HARRIS-PERRY (laughing): I just want to put it out there!

SCURRY: I appreciate the effort!

In other words, let's give women athletes a better chance at competing for better pay by eliminating their main competition. Yes, Harris-Perry is half-kidding -- but only by half. 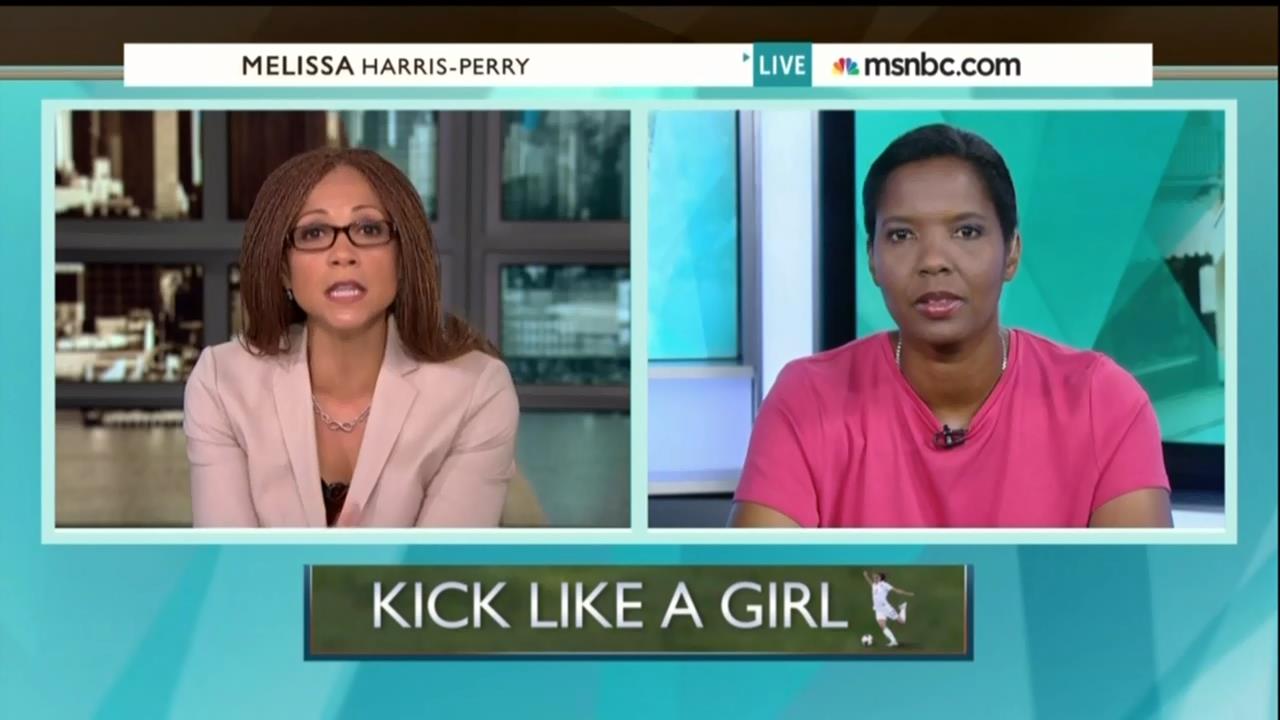 It apparently hasn't occurred to her that blacking out coverage of men's pro sports -- football, for example -- would anger nearly as many women as men who are fans. Harris-Perry's proposal could also come across as repellent to the millions of people of modest means, women as well as men, whose livelihoods depend on professional athletic competition continuing uninterrupted year to year.

Moreover, it begs the question -- why stop at sports? Consider politics, for example. Forty-three people have served as president of the United States (Obama is 44th because Grover Cleveland was elected to non-consecutive terms) and not a single one of them was a woman, although, yes, Jimmy Carter came close. Hillary Clinton's campaign could change that. Why not eliminate all media coverage of men running for president for the sake of fairness -- but only for a year -- to give Clinton a leg up? Obviously she'll struggle otherwise, as we keep seeing over and over, unless something drastic is done to level the playing field.

And once Clinton is elected, we could eliminate coverage of the Republican Party, if only for a year ...