Sometimes the obvious eludes us. And all too often on MSNBC, the obvious appears deliberately avoided.

Case in point -- Rachel Maddow devoted a significant portion of her show on Thursday, two full segments, to railway accidents involving crude oil. In the last year alone, Maddow said, trains carrying oil have derailed in Galena, Ill., Mount Carbon, W.V., and Lynchburg, Va., igniting huge fires that burned for days and forcing evacuations of local residents. Amazingly, no one was killed in the three incidents she cited, but a horrific oil train derailment and fire in Quebec in July 2013 claimed 47 lives. 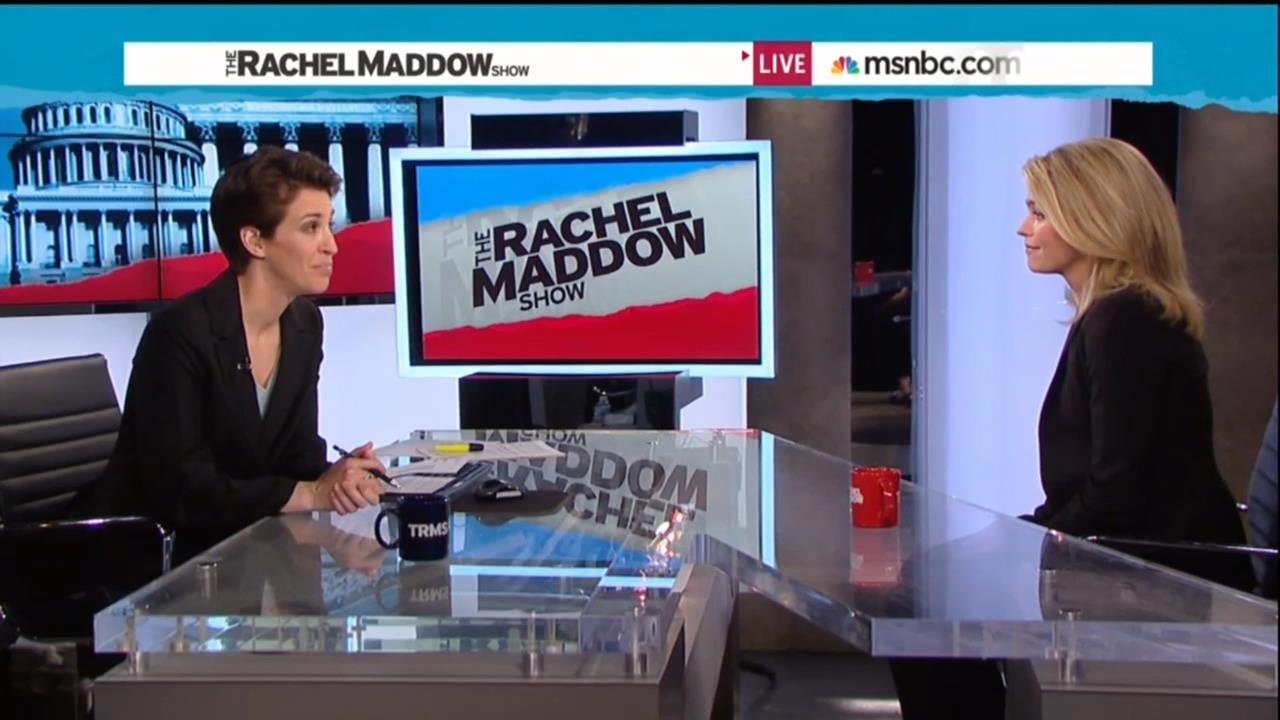 Before interviewing her guest, Sarah Feinberg, acting administrator of the Federal Railroad Administration, Maddow played a news clip of Feinberg commenting after a derailment and fire two months ago in her native West Virginia. Here's what Feinberg said --

As we've become a country that is more energy independent, this is one of the challenges we face -- how do you safely move energy products like this, very volatile, very flammable products, safely across the country from where they're being taken out of the ground to the refineries on the coast.

Good question, considering the alarming frequency of derailments involving 100-plus freight cars carrying crude. And in the course of an interview lasting several minutes, Maddow could not bring herself to ask an obvious question -- What about pipelines? When it comes to conveying crude oil over vast distances, are they safer?

Why would Maddow not ask whether pipelines pose less risk than rail in transporting oil? Two reasons come to mind -- first, pipelines are considerably safer than rail, and second, acknowledging this might lead to awkward conversations about the proposed Keystone XL pipeline. And this simply cannot be allowed to occur on MSNBC, America's version of Pradva, ever since President Obama vetoed the project last month.

It's hardly surprising that derailments involving oil are occurring more frequently when one considers the enormous surge in domestic oil production and transport over the last decade. In 2008,  roughly 9,500 freight cars carried oil in the U.S. By the end 2013, that amount rose to a remarkable 435,000 cars, fueled largely by massive oil reserves in North Dakota, the Upper Midwest and Canada. If eventually built, Keystone would transport 830,000 barrels daily.

In a March 2014 National Review article titled "Pipelines Don't Derail: Why aren't we developing the safest way to transport oil?", Diana Furchtgott-Roth of the Manhattan Institute cited a Department of Transportation's Pipeline and Hazardous Materials Safety Administration report "comparing the safety of transportation of oil and gas by pipeline, by road, and by rail."

"Data on accident, injury, and fatality rates for the period 2005 through 2009," Furchtgott-Roth wrote, "the latest data available, show that road and rail have higher rates of serious accidents, injuries, and fatalities than pipelines, even though more road and rail accidents go unreported."

Moreover, "it isn't surprising that pipelines are safer than road and rail," Furchtgott-Roth pointed out. "With pipelines, the shipping container -- i.e., the pipe -- is static while the oil moves. Plus, that container is usually buried under several feet of earth. With road, rail, and barge, both the container and the commodity are moving over the surface, often in close proximity to people, as well as to other large containers moving in different directions. Then the container must return empty to its point of origin to load more oil, a waste of resources."

Another amusing aspect of Maddow's interview with Feinberg was the curious lack of detail about her background. Once was the time that the head honcho of a rail bureaucracy could be expected to have a bit of railway employment in her past. But seeing how we're living through an unwritten sequel to Atlas Shrugged, a key element in government's response to the alarming surge in exploding trains is to hire a spin doctor to assuage our anxiety instead of Dagny Taggart to keep the trains from derailing.