Franken, now in his second term as a U.S. senator for Minnesota (and my apologies for the profound shock to anyone who recently awoke from a decade-long coma and still wasn't aware of this), appeared on Letterman's Late Show last night and thanked Letterman for his work as a comedian and broadcaster as Letterman prepares to retire in May.

When their discussion turned to the left's phony fainting-spell outrage over Indiana's religious freedom law, Letterman asked Franken what he could do to annoy Indiana Gov. Mike Pence, a proponent of the law --

LETTERMAN: What I want to know is, what can I do now to make the governor feel uncomfortable?

FRANKEN: As a matter of fact, there's an open seat there. The incumbent senator, the current senator there, Dan Coats, says he's not running next year and look, when people come to me, they say, young people, say how do you become a United States senator? And I say, well, do about 35, 40 years of comedy and then run for the Senate. (Letterman laughs, laughter and applause from the audience). You know, it's worked every time. So I think you should run. I would like you to be a colleague. (More applause). 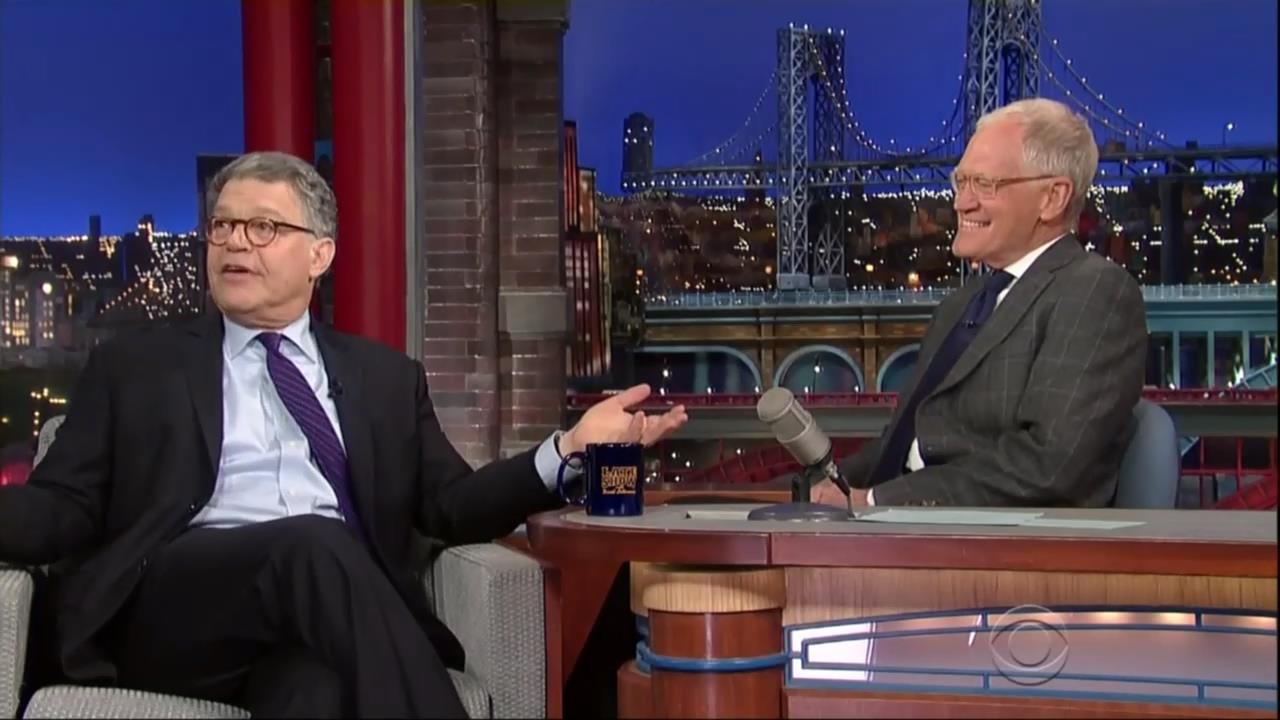 Given the timing, this could have been Franken's idea of an April Fools' joke.

Letterman was noncommittal in response and changed the subject to talk about political influences on Franken when he was growing up. Later in the show, Franken told Letterman how the two men differ -- I'm a satirist and you're a clown. And suffice it to say there's always room for more clowns in the Senate, at least among Democrats.

Franken may see the Indiana native as potential candidate, but another possibility comes to mind from the late-night circuit -- The Daily Show's Jon Stewart. He's also leaving television this year and with Sen. Bob Menendez of New Jersey under indictment on corruption charges, Stewart, who owns two adjacent riverfront homes in Red Bank, N.J. and remains hugely influential among liberals, might wonder if the stars are aligning for him.