Having just slammed the double standard being applied by some on the left in excusing the wealth of the Clintons but not that of Mitt Romney, co-host Joe Kernen sarcastically suggested that “Hillary needs to sue...Rubio for age discrimination” since “[h]e keeps bringing up this 23-year difference in age.”

Co-host Becky Quick responded by hinting that Rubio’s strategy of contrasting his energy and youth compared to Clinton’s age “may not play well to him” because “a lot of people may be ticked off” and offending to some voters.

Fellow co-host Andrew Ross Sorkin also interjected by showing his agreement in stating that “[m]ost voters are older” and thus it may not be a good move on Rubio’s part.

It was at this point that Harwood joined the conversation by emphasizing that, while Rubio represents a “[n]ew generation” with “some appeal and some power,” the Florida Republican Senator would not be as formidable if matched up against the former First Lady: “On the other hand, you put Marco Rubio up on a debate stage with Hillary Clinton, he looks like a schoolboy.”

Working to push back on the comments uttered by his co-hosts and Harwood, Kernen noted that expected Democratic presidential candidate Martin O’Malley is “doing the same thing” in highlighting Clinton’s age and having her on any debate stage would mean that she’d “actually have to talk” instead of “avoiding the question.”

Quick had the last word, however, as she continued spinning for Clinton by remaking that having her on a debate stage could somehow “backfire too” and that Republican candidates must “be careful with that.”

What none of the co-hosts pointed out was the rather ironic double standard being applied to Rubio in hitting Clinton over their 23-year age difference. Turns out, the argument Rubio has been using is exactly identical to one point that was used by Hillary’s husband and former President Bill Clinton in 1996 against then-GOP presidential opponent Bob Dole.

As Steve Hayes of The Weekly Standard explained on Thursday, the Democratic National Committee (DNC) had held a birthday party for Clinton ten weeks before the election against Dole on August 19, 1996:

Perhaps more important, the party came less than a month after Dole celebrated a birthday, his 73rd. The Clinton celebration was, of course, an attempt to highlight that 23-year age difference in a subtle and indirect way.

Rubio, whose announcement speech emphasized the need for a “generational change” in American politics, is plainly trying to do the same thing - and doing it in a way that the Clintons can hardly criticize. That age gap? Also 23 years.

How did Clinton do that November? Clinton won 31 states in a landslide victory over Dole.

The relevant portion of the transcript from CNBC’s Squawk Box on May 29 can be found below. 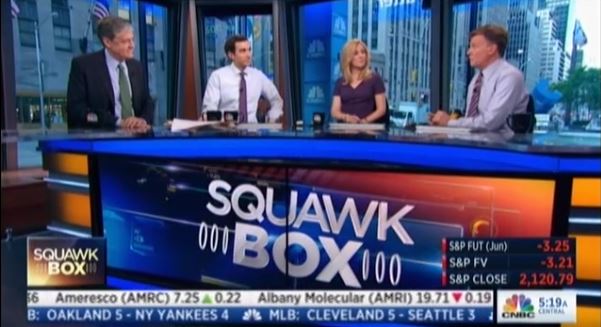 JOE KERNEN: I think Hilary needs to sue for – Rubio for age discrimination. He keeps bringing up this 23 year difference in age.

BECKY QUICK: You know what? That may not play well to him if there are –

QUICK: A lot of people may be ticked off by that.

KERNEN: He looks really young too.

HARWOOD: New generation – you know, fresh face, that – that has some appeal and some power and Rubio has that going for him.

HARWOOD: On the other hand, you put Marco Rubio up on a debate stage with Hillary Clinton, he looks like a schoolboy. So, you know, that’s not necessarily – 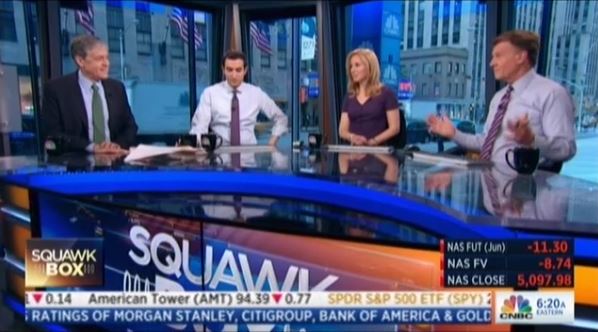 KERNEN: But she would actually have to talk during a debate.

HARWOOD: Yes, she would.

KERNEN: So, instead of, you know – avoiding the question.

QUICK: But I think that can backfire too. You got to be careful with that.