Quality Entertainment: New Netflix To Air Show ‘How to Build a Sex Room’

When the U.S. entertainment industry makes shows for the masses, they’re not making their best. And recently a new degenerate and depraved Netflix show is set to hit the air waves titled How to Build a Sex Room, according to The Daily Beast’s excited reporting July 7.

The host of the show, Melanie Rose, is an interior designer who moved to LA (no surprise there) and began a business of designing “sex rooms.” She’s dubbed the “‘Mary Poppins’ of sex rooms,” whatever that means.

The Daily Beast described the show as “an old-school HGTV show,” but instead of building something nice, it’s “eight 40-minute episodes” where “Rose meets with people who want to transform their bedrooms, basements, and sheds into sensual oases.”

Truly quality programming that will stimulate your mind and capture your soul. 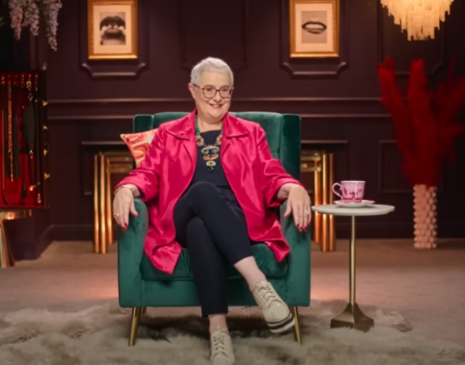 Among the clients Rose has, the show features “an array of pleasure-seekers of various ages, sexualities, and racial backgrounds.” But it doesn’t stop there, as she also will indulge, “a polyamorous family looking to accommodate everyone’s needs, and a divorced woman who has seized the moment as a chance to discover deeper fulfillment.”

I wish I was making this up. Somebody sat in a boardroom at Netflix and said ‘this is the kind of show people want.’

Rose doesn’t run a charity either, as these rooms can go for, “35, 40,000 up to 190,000 and beyond,” according to ETonline. Netflix wants everyone to see people shilling out hundreds of thousands of dollars to indulge in depraved fantasies in a room designed by a creepy old lady.

Our host Melanie wants to reassure critics of the show, saying in the trailer,  “When people hear the words ‘sex rooms,’ they concentrate on the word ‘sex,’ and that connotes ‘dirty,’ ‘disgusting.’ Sex rooms are not disgusting.”

You know what? All my worries are gone, now that she cleared things up. Rooms dedicated to indulging degenerate sexual fantasy aren’t disgusting after all. I trust the ‘expert’ here. Definitely worth tens of thousands of dollars.

How did we get here?