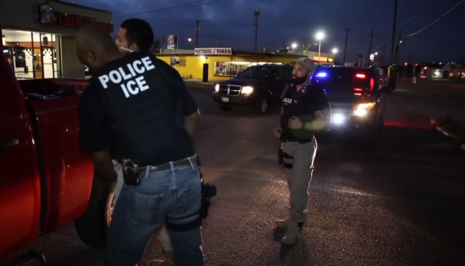 U.S. Immigration and Customs Enforcement (ICE) has had enough of leftist unions' mission to take down their agency, as they are now filing charges with the U.S. Department of Labor to break away from their parent union, the AFL-CIO, and the affiliated American Federation of Government Employees (AFGE).

The National ICE Council is also asking for a full financial audit of the two parent unions and protection from any attacks from the AFL-CIO and AFGE if and when they leave. If lefty unions are good at one thing, it’s keeping their tyrannical grasp over decent people and punishing those who don’t preach the woke gospel.

The Washington Times reported the story in an exclusive on June 21 with the National ICE Council, who expressed discontent with being called “nazis and racists” by their union members. The council says that ICE employees are being held “captive” by the AFL-CIO and that they can’t get proper representation because the unions “foster hate and prejudice” against ICE employees.

“AFGE and the AFL-CIO became far-left organizations a long time ago,” Chris Crane, the National ICE Council president, told The Washington Times. “They don’t care about workers. They only care about their far-left agendas and politics. The corruption and misspending in the organization is out of control. ICE employees want no part in it.”

The AFL-CIO and AFGE have repeatedly supported leftist calls to defund ICE and put their own union members out of work.

“I am not aware of any other union that openly campaigns to have the jobs of its members eliminated,” Crane wrote in a statement. “When AFGE supports electing abolish-ICE politicians to positions of power and influence, that’s exactly what it’s doing.”

They have also used hush money in covering up accusations of financial mismanagement, racial discrimination, and sexual harassment, the Times also reported. With all of these incidents of incompetence and open hostility to ICE, it's no surprise they want no part of the lefty union’s political game. The AFGE did, after all, endorse Biden by a margin of 58.4 percent to 28 percent for former President Donald Trump.

The AFL-CIO and AFGE’s political ambitions lay bare for all to see, and they’ve made it tacitly clear it doesn’t involve the ICE agents that protect our border from massive invasions. ICE and Border Patrol (CBP) are overwhelmed, and their liberal overlords couldn’t care less. Their “forced membership” as Crane said is only hurting ICE workers.

Crane said it plainly, “ICE employees don’t like AFGE and they don’t trust AFGE, so there is nothing that can be done at this point by AFGE.”

Their union has been useless to them, so they simply seek freedom. Without it, they are only handicapped by leftist politics from doing their job of securing the border and catching criminals.