I really thought we had moved beyond the lashing out irrationally surrounding Roe’s overturning — I stand corrected. 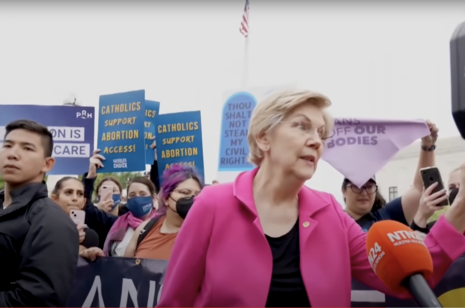 Virginia Allen of Daly Signal tweeted images of the attack.

BREAKING: Vandals attacked another pro-life center in Massachusetts. They left behind the message: “If abortions aren’t safe, neither are you!” (PC: Shelly Fournier) pic.twitter.com/Q5BTehqpcE

Pro-aborts spray painted the center’s white benches with “Janes Revenge” and wrote “If Abortions aren’t safe Neither are YOU!” on the sidewalk.

According to Allen’s follow-up tweet, the police are reportedly investigating the situation.

When the Dobbs opinion was leaked and then when Roe was overturned, pro-death activists went rampant across the nation. They burnt down pregnancy centers, smashed windows, graffitied churches and organizations, threatened pro-lifers and even attempted to assassinate a pro-life Supreme Court Justice. The Washington Stand tallied 110 attacks so far with the last one, prior to this week, being back in July. This strike in Massachusetts was a bit of a shock as the attacks have slowed in the recent weeks.

Massachusetts is the home of none other than Massachusetts's own Democratic Senator Elizabeth Warren. Let’s walk down memory lane with Warren and her tract record as a pro-abortion activist.

When asked whether she would condemn the violent harassment against SCOTUS justices, Warren slammed her car door in the face of a reporter. She floated the idea of the federal government opening abortion mills inside national parks. She encouraged the shut down of pregnancy centers and wanted to call a Public Health Emergency over Roe’s overturn. Oh, and how could we forget the time she marched up to the Supreme Court to violently shake her pointer finger and nearly give herself a stroke screaming over her desire to kill babies.

It’s no wonder lefties in Mass attacked a pregnancy center, look who their role model is, a lunatic.

This attack and attacks alike need to be condemned by the media but based on it’s promotion of the leftist agenda, I am doubtful that will happen.