Oh good heavens. The New York Times is off it's rocker … again. 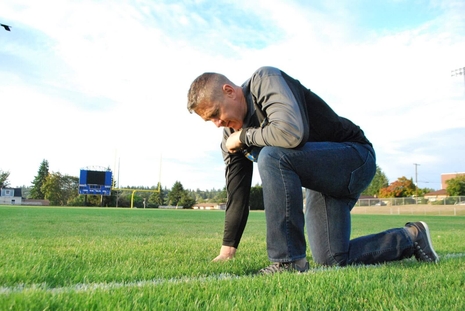 In a July 17 opinion piece from The Times, Pamela Paul penned how grumpy she is that the Supreme Court didn't rule the way she wanted. Her piece titled “In the Face of Fact, the Supreme Court Chose Faith,” was a tantrum over the recent Supreme Court ruling in favor of former coach Joseph Kennedy in the Kennedy v. Bremerton School District case.

As a refresher, Kennedy began praying postgame in 2008. He originally prayed by himself but some players joined in as time went on. Kennedy was suspended from his job after he refused to stop praying after games. The case went to the Supreme Court over a religious liberty dispute and in June 2022, the justices voted 6-3 in Kennedy’s favor. Paul however, thought the ruling just part of The Court’s “disgraceful 2021-22 term.”

Paul claimed that The Court has exuded “brazen efforts to inflict its political and religious agenda on the rest of the country.” This is false. The Court has ruled in favor of the most American and most Constitutionally sound outcomes in their cases this term.

But this court’s right-wing majority is following the dictum of our Trumpian age: Objective truth doesn’t matter. Subjective belief — specifically the beliefs of the court’s religious-right majority — does.

Cry me a river. Former President Donald Trump’s choices to nominate Justice Amy Coney Barrett, Brett Kavinaugh, and Neil Gorsuch have strengthened the Court immensely. These justices have helped to correctly interpret the constitution, especially in the case of Kennedy where the first amendment was accurately interpreted.

Even still, The Times piece amplified the author’s distaste for the Court.

Such intolerance mirrors the strong-arming intentions of the Supreme Court’s conservative majority. Unhappy with what much of the country believes, the court’s right wing chooses to believe what it would like and foists the results on the rest of us. Just like Coach Kennedy, they’re out to proselytize.

Kennedy and The Court are not out to “proselytize” in any way, shape or form. Kennedy was simply exercising his right to free speech and in no way was trying to “coerce” students to join and make them pray with him. He told Fox News his intentions back in April.

The prayer after the football game — that was just myself, I would just take a knee at the 50-yard line after football game. After a few months, the kids would say, “Coach, what are you doing out there?” And I just said, “I was thanking God for what you did.” They asked if they could join. And I said, “It’s America, a free country. You do what you want to do.” And that’s how that kind of started.

No part of Kennedy’s prayer was coercive. As he said, “It’s America … you do what you want to do," and that's exactly what he did.

As for The Court, the verdict clearly indicated that Kennedy was simply exercising his free speech as a private citizen. Justice Gorsuch explained that the First Amendment doesn’t discriminate between religious and secular speech.

Here, a government entity sought to punish an individual for engaging in a brief, quiet, personal religious observance doubly protected by the Free Exercise and Free Speech Clauses of the First Amendment. And the only meaningful justification the government offered for its reprisal rested on a mistaken view that it had a duty to ferret out and suppress.

The Times piece was full of a bunch of garbage and was virtue signaling at its best. It’s hard to digest when The Supreme Court doesn’t make a decision that you agree with but, 50% of the time, that’s going to happen. The Times and the rest of the leftie media are just mad that they didn’t get their way and are exercising every avenue to pout about it.