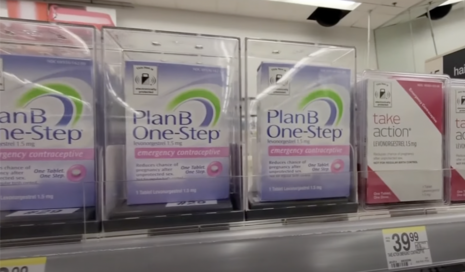 On Monday, The Wall Street Journal reported that CVS, Walmart, Walgreens and Rite Aid are all experiencing a surge in the purchase of Plan B pills. Three of those companies are rationing the over-the-counter drugs either in store, online, or both.

With the June 24 SCOTUS reversal of Roe, 13 states have already passed pro-life laws and there has been a high demand for Plan B pills in the case that women cannot use other methods to kill their babies in life-affirming states.

A CVS spokesman told WSJ that the company has “implemented temporary purchase limits to ensure equitable access.” Walmart claimed that it regularly rations high demand products and Rite Aid told WSJ that “it was limiting purchases of the pills both online and in stores due to increased demand.” Walgreens Boots Alliance Inc. reportedly had a purchase limit on its website but claimed it “was an error and that it would be soon corrected.”

Plan B, the top-selling emergency contraceptive brand, is a pill that does not need a prescription. It is often referred to as the morning-after pill and is to be taken within three days of unprotected sex. If taken early enough, the pill aims to stop the woman from ovulating but if that doesn’t work or if the pill is taken later on, it can stop a fertilized egg from attaching to the uterus.

Though these pills are scientifically different than chemical abortion pills, the latter form is often considered an abortion for the pro-life community as it terminates a fertilized egg.

Even so, birth control is still legal in the United States and this surge to retail sites and locations was an irrational decision. WSJ pointed out why there is an unnecessarily high demand.

In the days following Friday’s court decision, social media filled with comments either encouraging or dissuading people to stock up on the contraceptive. Some users posted that they were buying as many as possible; others argued against stockpiling for fear it would cut off access to people with an immediate need.

Planned Parenthood on Monday advised against stockpiling emergency contraceptives as they have limited shelf life and because hoarding supplies could limit access for women who have an immediate need.

Ethics aside, there have not been any reports of states that have halted the distribution of the Plan B emergency contraceptive pills but in the case that they do, perhaps chastity belts will reach high demand at some point too.