It’s been a rough month and a half for abortion activists. The daunting thought of not being able to kill babies has caused temper tantrums, violent protests, and probably loads of worry. Without Roe, killing babies may be inconvenient!  Don’t fret though! According to HuffPost, blue states are ‘bracing’ themselves for a ‘massive surge’ of women seeking the death penalty for their babies. 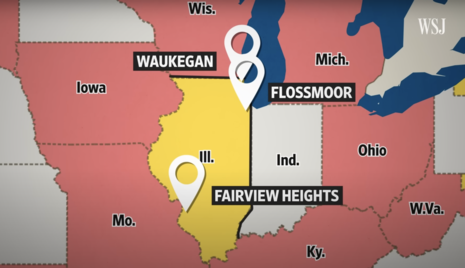 Early this morning, Lydia O’Connor, a HuffPost reporter, penned a piece offering a number of solutions for women seeking abortions when Roe is gone for good. She’s so thoughtful.

“More than 30 million girls and women of reproductive age are staring down the barrel of life in a state without safe and legal abortion access,” she wrote. Hold up — do we finally know what a woman is?

“Staring down the barrel” was an interesting choice of words for O’Connor, an anti-gun activist.

O’Connor included excerpts from other abortion activists to emphasize the “crisis” that will arise for abortion seeking women when it becomes illegal. The chief medical officer at Planned Parenthood’s St. Louis Region stated that “We are now going to be mass mobilizing tens of thousands ― perhaps millions ― of people for basic reproductive health care,” since 22 states affirm the value of life and abortion won't be accessible there. Hooray!

“If Roe falls ― Arkansas, Tennessee, Kentucky, Indiana, Wisconsin and beyond, Illinois may soon be their closest destination for an abortion,” wrote O’Connor. Luckily for baby killers, Illinois has fully committed to being an “abortion island” as surrounding states are likely to implement abortion bans. So, if you want an abortion, head on over to the abortion island resort. Piña Killadas, Murder Mimosas, and Baby Bloody Mary’s for all!

According to the CEO of Planned Parenthood in Illinois, the state expects upwards of 90,000 abortions a year if Roe is overturned. 90,000 children are expected to be slain and O’Connor is boasting about it like it’s something to celebrate. To help deal with the impending “surge” of abortion seekers, Illinois is welcoming “any out-of-state clinic staff” to come on over and help out. So, if you dedicate your career to ending the lives of the innocent but worry about job security, Illinois is hiring!

O’Connor also mentioned that Colorado and New Mexico are likely to become “abortion safe havens,” but, the Planned Parenthood director over there is not so sure she’ll be able to “meet the demand” of the “exponential increase” of abortion seeking mothers.

As a final straw, O’Connor offered one more solution if those states aren’t convenient so, you’re in luck! Nowadays you don’t even have to go to a clinic to kill your baby! You can do it in the comfort of your own home via telemedicine with a “series of prescribed pills that don’t necessarily require a clinic visit.” Easy peezy, lemon squeezy.

It’s disgusting, sick, twisted, and vile to consider abortion something to boast about. O’Connor and these “safe haven” states should be ashamed.